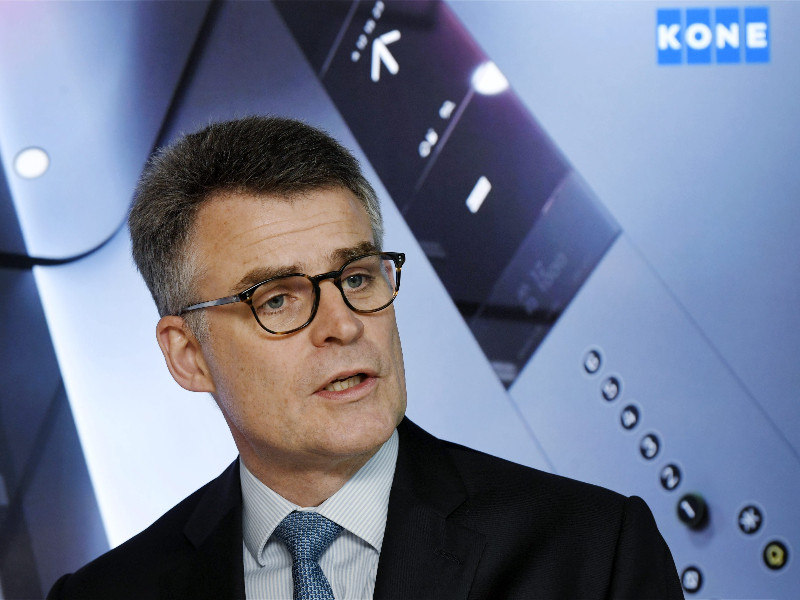 Henrik Ehrnrooth, the CEO of Kone, was photographed at the earnings call of the lift and escalator manufacturer in Espoo, Finland, on 28 January 2020. (Markku Ulander – Lehtikuva)

KONE on Monday announced its decision to withdraw from discussions to acquire the lift business of Thyssenkrupp, an engineering giant headquartered in Essen, Germany.

The Finnish lift and escalator manufacturer stated earlier this year it has tabled a non-binding offer worth approximately 17 billion euros for the business together with CVC Capital Partners, a private equity firm based in Luxembourg.

Henrik Ehrnrooth, the chief executive at Kone, told Helsingin Sanomat that the primary reason for withdrawing from the tendering process is the poor financial situation of Thyssenkrupp. Moody’s, he pointed out, provided further evidence of the disconcerting situation by downgrading its credit rating for the engineering company yet again on Monday.

“The result published last week is another indication of the company’s poor financial situation. There was a risk that the transaction couldn’t have been completed due to the financial difficulties of Thyssenkrupp. We could’ve lost a lot of money,” he said.

Kone, for example, could have lost its 2.5-billion-euro downpayment in the worst-case scenario of bankruptcy, according to the newspaper.

“Our offer was by far the best and we’re under the impression that there would’ve ultimately been no antitrust obstacles to the deal. The risks just became too high due to the eroding financial situation of Thyssenkrupp,” elaborated Ehrnrooth. “We’ve worked on the deal actively for a year. It never feels good to have to give up on something you’ve worked so bloody hard for.”

News of Kone withdrawing from the tendering process sent shares in the lift and escalator maker down by around five per cent.

Thyssenkrupp on Monday said it will continue discussions with two groups of equity investors led by Blackstone and Advent International.