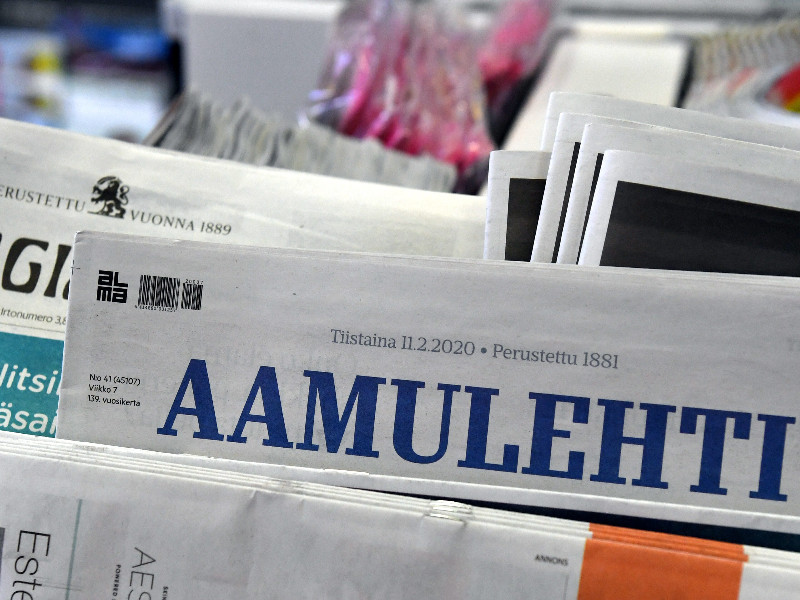 Tampere-based Aamulehti is one of 15 regional newspapers to be acquired from Alma Media by Sanoma. (Jussi Nukari – Lehtikuva)

ALMA MEDIA will sell its 15 regional newspapers, including the Tampere-based Aamulehti and Pori-based Satakunnan Kansa, to Sanoma.

The Helsinki-based media company will record a profit of around 58 million euros on the 115-million-euro sale of its newspaper and printing businesses to Sanoma, the media giant behind Helsingin Sanomat, Ilta-Sanomat and Nelonen Media.

The businesses changing hands in the transaction posted a combined profit of 10 million euros on revenues of almost 100 million euros in 2019. Sanoma will also bring in around 365 full-time equivalent employees.

Both Alma Media and Sanoma saw their shares surge following news of the transaction, the former by 4.7 per cent and the latter by 2.5 per cent.

Alma Media on Tuesday said it expects to see its reliance on print media decrease and the share of digital operations of its revenue rise to roughly 67 per cent. Its main growth areas going forward will be digital marketplaces both home and abroad, national consumer media and services, and business and professional media.

“We are sharpening our strategy and focusing especially on developing, growing and internationalising our digital business operations,” said Kai Telanne, the CEO of Alma Media.

“Giving up our regional media and printing operations is a continuation of our earlier divestments. In Finland, we are focusing on national media and digital services, digital ad and marketing solutions, and paid digital contents,” he outlined.

Sanoma, in turn, said the acquired newspapers will continue to operate under the leadership of their current editors-in-chief.

Jussi Tuulensuu, the acting editor-in-chief of Aamulehti, said the Tampere-based newspaper will continue to operate as an independent brand and produce journalistic content similarly to before the acquisition.

“Sanoma has recognised our solid expertise and understands the significance of free-standing journalism,” he said according to Helsingin Sanomat.

The takeover is pending an approval from the Finnish Competition and Consumer Authority (KKV).