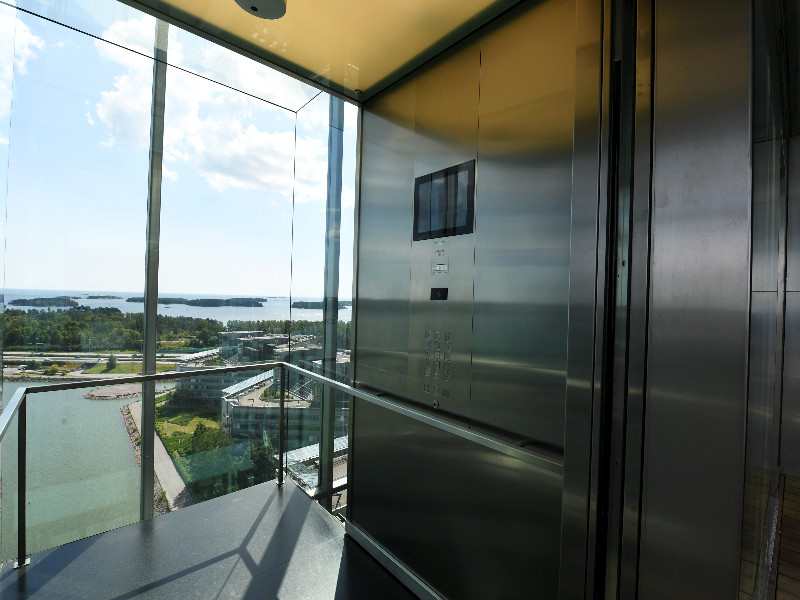 A lift in the headquarters of Kone in Espoo. (Laura Ukkonen – Lehtikuva)

KONE has confirmed it has tabled an offer for the lift business of Thyssenkrupp, an industrial engineering giant headquartered in Essen, Germany.

The Finnish lift and escalator manufacturer confirmed rumours about the takeover bid in a press release issued at 7.20pm on Tuesday, saying it has made a non-binding offer for the business at the request of Thyssenkrupp.

Kone revealed that its interest in the lift business stems from the complementary geographical strengths, substantial value-creation synergies and joint innovation potential presented by the acquisition.

Thyssenkrupp, it added, has also held discussions with other interested parties.

Bloomberg, a business and market news agency based in New York, the United States, reported earlier yesterday citing anonymous sources that the lift and escalator company is prepared to pay 17 billion euros for the business. The reported valuation could make the acquisition the largest in the history of Finland, according to Helsingin Sanomat.

The Helsinki Stock Exchange suspended trading on shares in Kone at 6.17pm on Tuesday, explaining that the company has not disclosed the necessary inside information to investors. Shares in the lift and escalator manufacturer had risen by 4.9 per cent to slightly over 61 euros.