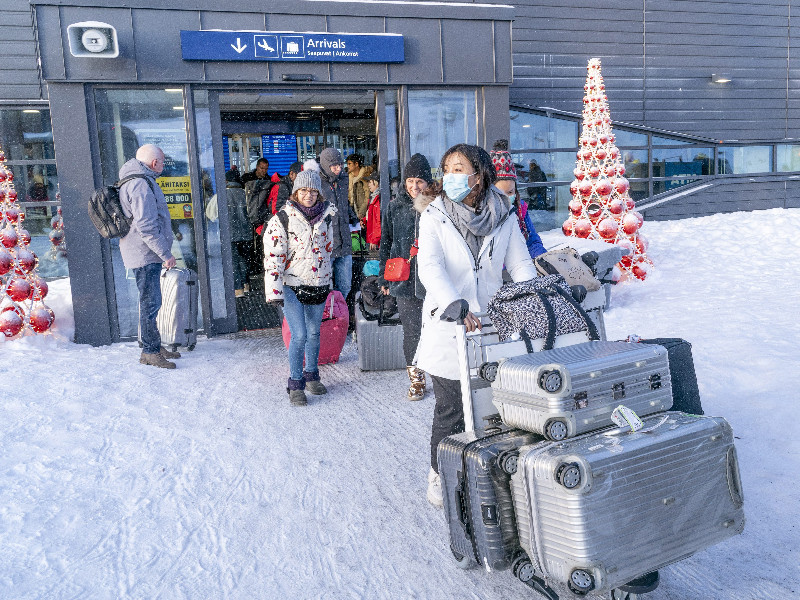 THE TOURISM INDUSTRY in Finnish Lapland is already feeling the effects of the ban on overseas tour groups and sales of flight-and-hotel packages adopted on Monday by China.

“The information we received today indicates that around 45 groups of Chinese visitors – altogether around 1,000 people – have cancelled their trip or are postponing it until August. Each group consists of 20–45 people,” Sanna Kärkkäinen, the CEO of Visit Rovaniemi, stated on Monday.

Kärkkäinen highlighted that the two first months of the year are the busiest season for visitors from China. Rovaniemi, for example, welcomes annually around 8,000 people during the two-month period that coincides with the Chinese New Year.

Finnish tourism industry operators are currently hoping that the coronavirus does not spread from Wuhan to other parts of China, as it could prompt the country to expand the ban to also cover independent travellers.

“We have a hotel full of Chinese, because most of them have booked their trip independently through the likes of Booking.com,” told Tian Zhang, a deputy chief executive of Nova Skyland Hotel & Restaurant. “We have hardly any groups.”

One such visitor is John Dong, a doctor who is in the country on a one-week holiday from Shanghai. “We’re in Finland for the second time. The last time we were in Helsinki, but now we wanted to see snow and the northern lights,” he said.

The Rovaniemi-based hotel opened a new 3,100-square-metre expansion late last year due to booming demand. Chinese investors have thus far invested around 10 million euros in the hotel, according to Zhang.

Markku Inkilä, the CEO of Northern Lights Village in Saariselkä, said he has luckily not marketed the hotel exclusively in China.

“That’s a lucky break for us in these circumstances,” he said. “Seven Chinese travellers have so far cancelled their arrival. I know that many hotel and activity service providers are in trouble. I’m afraid there’ll be bankruptcies in the tourism industry if the situation worsens. Tourism business owners have four-and-a-half months to scrape together the year’s earnings.”

“The ones who will be in trouble are those with lots of Chinese groups coming,” echoed Ilkka Länkinen, the CEO of Arctic Treehouse.

Chinese tourists are spending considerably not only on accommodation services, but also on activity services and shopping in Finland. The over 450,000 visitors who arrived in the country in 2018 spent a total of 413 million euros.

Tourism in Lapland is not reliant completely on the Chinese, reminded Pertti Yliniemi, the owner of Lapland Hotels.

“The situation isn’t disastrous. In addition to the Chinese, there are five major target markets in Asia. New direct routes have also been opened from Europe to Lapland, which has led to a wider variety of nationalities,” he explained.

Britons remain the largest group of visitors by nationality in Finnish Lapland.