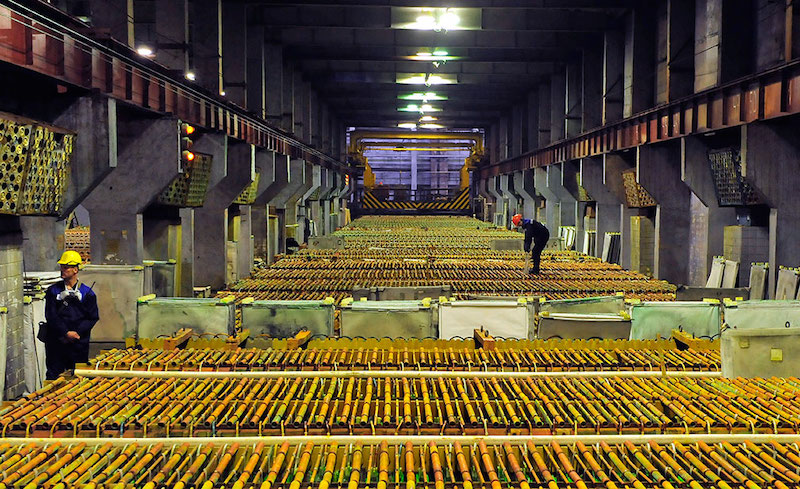 Norilsk Nickel, the world's largest producer of nickel and palladium, is closing down obsolete plants, as announced at the company presentation for the Investor Day in London recently. As company representatives explained, this decision is a part of Nornickel's updated environmental strategy.

The priority task of the company is to protect the health of workers in its mining sector, as well as to preserve the natural environment, especially in the Northern regions near the borders of Norway and Finland, where ecological safety and balance must be maintained with special attention.

The company plans to develop its future production taking into account all modern environmental requirements. Norilsk Nickel is notably careful in reducing harmful emissions, especially when it comes to sulfur dioxide. Recently, the company adopted a phased plan for the development of the Sulfur Project 2.0 in Norilsk, which by 2025 will cut the harmful emissions by ten-fold, or by 90% in total.

This plan has resulted from serious research and development of breakthrough modern mining and refining technologies. Previously, the company planned to achieve a 75% reduction in emissions by 2023, but these latest technological solutions can cut down the harmful emissions by 90% while taking two years longer only.

These future changes are associated with the recently approved Norilsk Nickel Green Growth Program, which aims to significantly increase the business and capitalization of the company along with improving the environmental performance. Because of this new strategy, ore mining by Norilsk Nickel may double, and metal production will increase by more than a third while being highly environmentally friendly.

The company has already completed the first stage of the environmental program. Norilsk Nickel modernized the Talnakh concentrator facilities and closed an obsolete nickel plant there. The company also intends to shut down two non-upgradable lines in Nickel and Monchegorsk on the Kola Peninsula near Norway and Finland. This will reduce emissions in the trans-boundary zone to zero, as well as minimize the environmental impact in Monchegorsk. By the end of 2020, it is planned to halve the emissions of harmful substances as compared to 2015 and to cut the pollution by 7 times until the end of the following year.

The total volume of Norilsk Nickel's investments in environmental projects is about $3.5 billion and allows to gradually reduce sulfur dioxide emissions to the level of the best world standards. The company already has one of the lowest carbon emissions in the industry because it sources about 40% of its electricity from hydropower stations, with the rest coming from gas.

Investments in the region ecology within the framework of the Green Growth Program will raise confidence in Norilsk Nickel as a responsible environmentally friendly company; increase its sustainability, as well as its competitiveness and overall value.