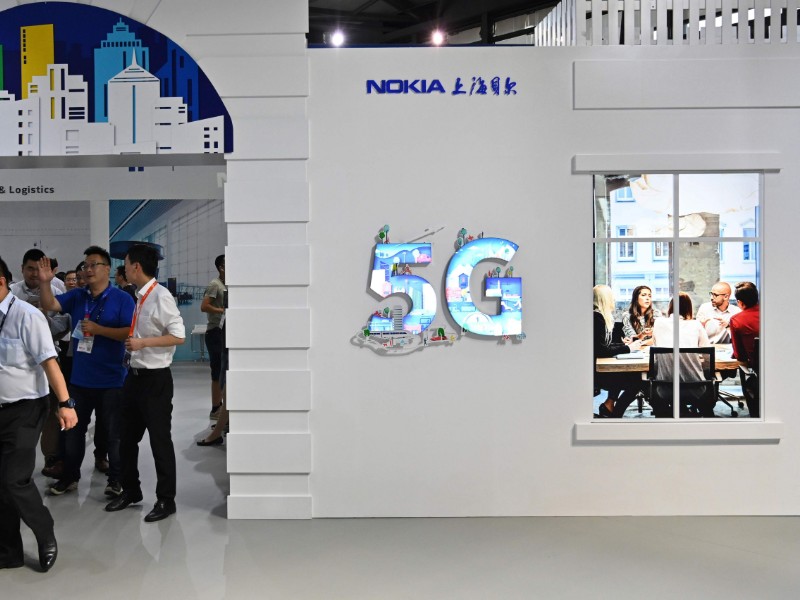 Nokia’s performance in the 5G space has begun to stir up concerns among investors, industry analysts and the company’s employees. (Hector Retamal – AFP/Lehtikuva)

THE SITUATION of Nokia has sparked off concerns among not only industry analysts but also the employees and owners of the Finnish mobile network equipment supplier.

Lasse Laurikainen, a shop steward for senior salaried staff at the headquarters of Nokia in Espoo, told Bloomberg on Friday that the company’s management has been distracted by disagreements over priorities and staffing since the acquisition of Franco-American Alcatel-Lucent in 2016.

“Execution needs to be sharper,” he stressed to the business-oriented media company. “It’s pure politics. And some are favouring their nationals and rejecting common ways of working.”

Nokia shocked investors late last month by announcing it has downgraded its outlook for operating margin to 8.5 per cent for this year and 9.5 per cent for next year, and decided to forgo dividend payouts for the third and fourth quarters of this year.

Its profit warning has been interpreted as a sign that the ex-mobile phone giant is struggling in the fifth-generation (5G) mobile network space compared to Sweden’s Ericsson and China’s Huawei Technologies.

Nokia acquired Alcatel-Lucent for 15.6 billion euros in what was the largest corporate acquisition in the history of Finland. Analysts have recently drawn attention to the changes made in the managerial staff following the acquisition, such as the organisational shake-up last year that led to the departure of Marc Rouanne.

“The entire idea of the merger was for the whole to be bigger than the sum of its parts,” Mikael Rautanen, an analyst at Inderes, stated to Bloomberg.

“Nokia’s next-generation products in the mobile spare are lagging behind the competition, coffers are weakening, credit rating is declining and shares are plummeting. It seems as if we’ve been here before,” he stated.

Antti Mäkinen, the chief executive of the state-owned investment company Solidium, voiced his concerns about the former mobile phone behemoth in an interview with Helsingin Sanomat.

“You have to be worried about Nokia, because downgrading future outlook and the reasons that led to it don’t look good. Investors should always be a bit paranoid but particularly so in this case,” he said to the daily newspaper.

Nokia’s failure to issue a profit warning earlier could even constitute grounds for bringing a class action against the network equipment manufacturer, viewed Timo Rothovius, the chairperson of the Finnish Shareholders’ Association.

“When your share value has fallen by 25 per cent, it’s absolutely a significant thing. A profit warning should’ve been issued about it,” he said to MTV.