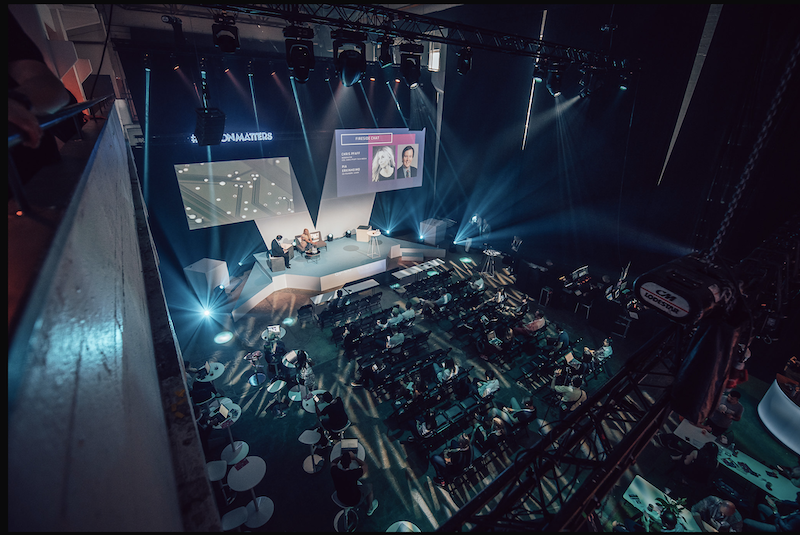 Another edition of Arctic15 is over. The two day startup event was held on 5-6th of June in the Cable Factory here in Helsinki. Over 800 participants listened to speakers and panelists on two separate stages. Startups showcased their achievements and projects and met with investors in the “Dealroom”. Plenty of young volunteers made sure everyone finds his or her way around the venue. Delicious food was served.

This year’s event, unfortunately for the audience and startups, was somehow more geared towards corporations and sponsors. Program on each stage was divided to sections sponsored by a company or organisation and some programs were dominated by big companies who promoted their own “innovative trends”. Except for a few pitches by VR and AR startups in the Reality section, the Pitch Competition was sadly missing.

The organisers have not announced statistics, but there seemed to be less attendees this year. Could it be that focusing on the sponsors had taken a toll on connecting with startups and audience?

Despite the above, Arctic Startup, the company behind arctic15 seems to be doing well. The event is now being exported to Sweden. Arctic15 Stockholm will be held on 17-18 October this year. Serial entrepreneur and media influencer Gary Vaynerchuk will be the main Keynote speaker of the Stockholm conference. Vynerchuk invested in ArcticStartup a couple of years ago and apparently is a shareholder of the company.

Probably the best and most refreshing segment of the program this year was the track on “Impact”. Moderated by James Digby ― Managing Partner of 3B Ventures.

Among the speakers on the impact track, Kamran Elahian’s presentation certainly stood out. Iranian born Silicon Valley resident is a serial entrepreneur, philanthropist and founder of Global Catalyst LLC.

During his long and interesting entrepreneurship journey, Kamran has founded 10 companies and had 6 exits, 3 of them Unicorn IPOs with a total market cap of over $8b. He openly talks about failure and the importance of perseverance for good reason.

He was only 26 when he had his first idea. At the time chipmaking was not as common and as automatised as it is now and having studied Integrated Circuit design at Stanford, Kamran had come up with an invention; a tool which could automatise chipmaking and revolutionise the industry.  He had presented this ida to the management of HP where he was working at the time, but they had rejected it.

This was the time when there were hardly any Angel investors and few VCs. “I got 94 rejections from investors, until the 95th agreed to invest the needed capital of around $1.6m which was a big sum at that time,” Kamran explains.

This became the birth of CAE Systems which turned out to be a huge success and in only 3 years was sold to Tektronix for $75m. Encouraged, and enriched by his success, Kamran founded a new startup with an exciting vision. “I had a dream that I was reading a newspaper and the image of a car in an article started moving and turned into a video.” This was the start of Momenta, a company aimed at building the first touch screen tablet with no keyboards 18 years before the iPad. The project was too ahead of its time and did not succeed. Kamran retreated form business and traveled the world for a year. A time that enriched his soul and mind and prompted him to do his best to make the work a better place.

Kamran cofounded School Online, back in 1996 through which 6400 schools were provided with computers and access to the internet. The organisation was based on the idea that technology, and specifically information and communication technology can help bring nations and cultures closer and dissolve unnecessary barriers.

Last, but not least of his foundations, Global Catalyst was cofounded by Kamran in 2000 with the aim of improving lives through effective education and empowerment of the youth with special emphasis on young women.

Kamran has had a colourful and -from what it sounds - meaningful life. “Money is like manure” he often says, “the more you hold on to it the more you stink.” With this philosophy he and his wife started their charity programs early in his entrepreneurial life. “We had a competition to see if I can earn it faster or she can give it away faster.”

Kamran has been in Finland several times, but he never forgets the first time he visited. He and his business partner were invited by the then US ambassador Bruce Oreck and a Finnish minister to sauna. When they got naked, The hosts came back with bath whisks, which is made of birch spruce and started beating their guests! “It was the funniest business encounter I have ever had” say Kamran.