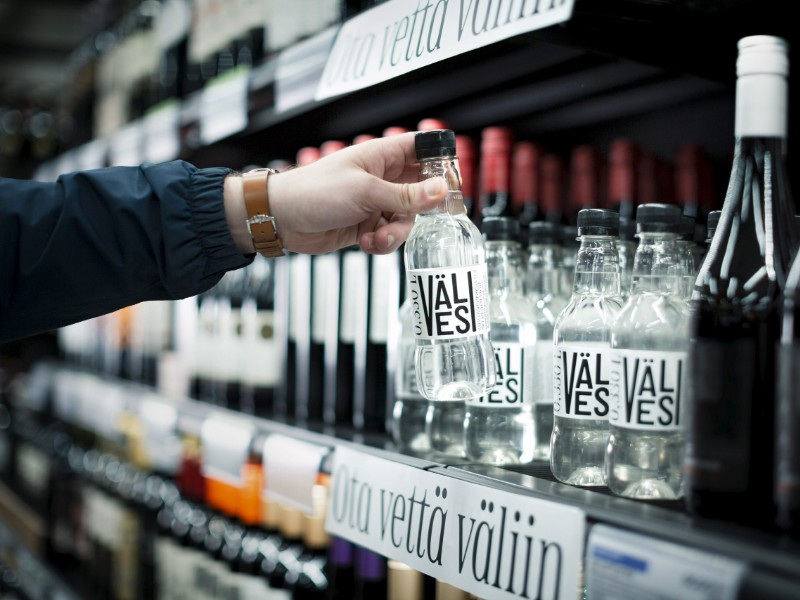 Alko launched its own water, Välivesi, in June. The sales of alcohol-free products rose by 2 per cent year-on-year in May, according to the Finnish state-owned alcohol retailer. (Fanny Haga – Alko)

One of the reasons for the drop were long drinks, whose sales have dipped sharply after their addition to the shelves of grocery shops, falling by 20.2 per cent in May.

Grocery shops have been allowed to sell long drinks and other beverages with an alcohol content of over 4.7 but less than 5.5 per cent since the introduction of a new alcohol act in Finland in March 2018.

An abrupt change was registered in the sales of rosé wines, which dipped by 11.3 per cent from the previous year last month after growing noticeably for several months. Alko revealed that, in spite of the drop, its sales in the product category increased by 11.9 per cent year-on-year over the first five months of the year.

Another product category where sales have increased notably since the start of the year – by 8.2 per cent – are alcohol-free beverages.

Finns’ concerns about the environment are also evident in their beverage choices, the sales data suggests. The sales of organic products surged by 18.6 per cent year-on-year in May. Organic wines currently make up around 13 per cent of all wines sold by Alko.

Also the sales of sparkling wines, red wines and spirits grew in May – by 0.9 per cent, 5.5 per cent and 8.8 per cent, respectively.