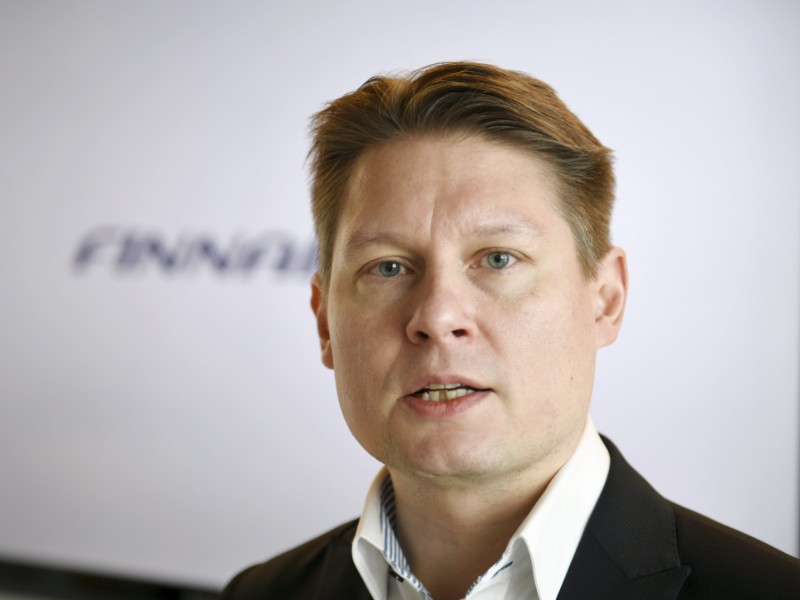 FINNAIR on Friday reported that its comparable operating result decreased by 13.7 million euros year-on-year to 9.2 million euros between last October and December.

The fourth-quarter result exceeded the expectations of analysts and investors, sending shares in the majority state-owned airline up by almost eight per cent to 7.765 euros on the Helsinki Stock Exchange on Friday.

“Finnair had a noticeably better end of the year than we anticipated. This is attributable especially to better-than-expected pricing and lower-than-expected increases in protected fuel prices,” tweeted analysts at Inderes, an equity research firm based in Helsinki, Finland.

Finnair on Friday revealed that its fourth-quarter net sales rose by 5.8 per cent year-on-year to 683.1 million euros. Its passenger load factor, in turn, fell by 3.4 percentage points to 76.9 per cent, as available seat kilometres increased by nine per cent.

Topi Manner, the chief executive of the state-owned airline, said last year was a tale of two halves for the airline, the first being characterised by rapid and profitable growth driven by a favourable demand environment and the latter by intensifying competition on certain routes in Europe.

“Our market environment also has more uncertainty than a year ago, as the growth in global economy seems to soften,” he said in a press release.

Finnair, he underlined, must continue to invest in areas that are key to its future, question its ways of working, develop its productivity and react to changes in the external environment in order to create value for shareholders, customers and employees in the ever more challenging operating environment.