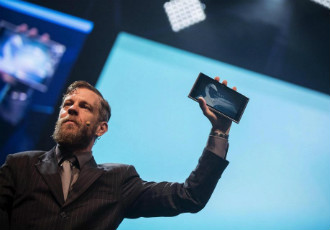 Jolla has been unable to deliver pre-ordered tablets to its customers and has halted product deliveries entirely after filing for debt re-structuring on Friday, reveals Juhani Lassila, the head of communications at the boutique software developer.

The software developer has received a number of phone calls from pre-order customers enquiring about their position in the delivery queue.

Jolla has received orders and advanced payments for a total of 12,000 tablets, a small batch of which were delivered to customers last month, tells Lassila.

Helsingin Sanomat reported on Friday that Jolla has filed for debt re-structuring and will temporarily lay off most of its employees.

The software developer received orders and advance payments for a total of 10,000 devices during two pre-order periods, the first of which took place roughly a year ago and the second between February and March 2015. It accepted advance payments from customers based on the principle of crowd-funding, according to Lassila.

It also accepted orders and advance payments for a few thousand tablets this autumn.

Jolla was accepting orders as recently as this autumn because it expected to be able to begin large-scale deliveries in the near future, explains Lassila. The situation, he adds, changed after the company realised it had to change screen suppliers for technical reasons and that its financing round had to be postponed.

Lassila underlines that the objective of the software developer remains to deliver the pre-ordered devices. Jolla has according to him made some preparations to deliver the second batch of tablets but remains unable to announce a detailed delivery schedule.

Jolla is hopeful that it can raise additional funding in December. It will also have to settle its disagreement with the technology supplier.

The boutique software developer was founded four years ago with the aim of developing a unique mobile operating system based on the system ditched by Nokia, MeeGo. Jolla is not a hardware manufacturer but seeks to license its operating system, Sailfish, to handset manufacturers. It has also launched a Sailfish-powered smartphone.

The company says it has several small and large customers that are interested in the possibilities offered by Sailfish.

Jolla has announced that it will temporarily lay off most of its staff and that its cash resources have been depleted.