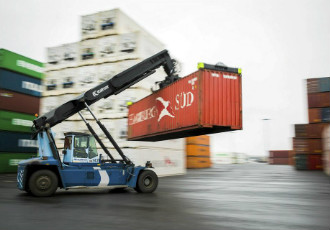 The exports of major industries in Finland picked up considerably in June in comparison to the corresponding period last year.

Yet, the overall value of exports decreased by roughly one per cent year-on-year.

The decrease is largely attributable to a fall in oil prices as the value of oil product exports fell by 69 per cent year-on-year in June. The low oil prices, however, had a similar impact also on imports as the imports of crude oil fell by 54 per cent.

If oil product exports are excluded from the statistics, Finnish exports picked up by a total of eight per cent in June.

The balance of trade represents the difference in value between exports and imports.