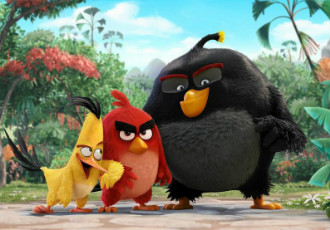 Rovio Entertainment is about to lay off over one-third of its staff.

The creator of the once wildly popular Angry Birds franchise announced on Wednesday that it is set to make 260 people, including 230 in Finland, redundant. The majority of the 670 people employed by the game and entertainment studio are based in Finland.

The consultative negotiations will according to Rovio concern its entire staff, except for those involved in the production of the upcoming Angry Birds animated feature and those based in its small office in Sweden.

The animated feature is scheduled to première next year.

Rovio also revealed that it will henceforth concentrate increasingly on games and the upcoming animated feature. “We have to change in order to be able to build on the success of Rovio,” CEO Pekka Rantala says in a press release.

Struggles in the consumer product business are largely to blame for the difficulties or Rovio, views Koopee Hiltunen, the director of Neogames, a non-profit promoter of the domestic game cluster. He estimates that Rovio has also failed to reach its objectives in the game business.

Rovio has revealed that Angry Birds 2, the most recent addition to what is still one of the most popular game series in the world, has been downloaded nearly 50 million times since its release in July. The game, however, has yet to climb anywhere near the top of highest-grossing app charts.

“The performance may not have been quite on par with expectations,” gauges Hiltunen.

Angry Birds 2 has broken into the top-100 highest-grossing apps on the App Store in 46 countries, according to App Annie, a company gathering data on the sales of mobile apps. In the United States, for example, it has ranked as the 73rd highest-grossing mobile app.

Hiltunen is firmly of the opinion that the woes of Rovio cannot be extrapolated to apply to the game cluster as a whole. “If you look at the game business, game developers doing well on an average,” he says. “There is plenty of dynamism and the sector remains active.”

Rovio Entertainment was a massively profitable company when the popularity of the Angry Birds franchise peaked.

Rovio currently expects its net sales to remain close to last year's levels and its operating profits to decline further.

The game and entertainment studio laid off 110 staff members after another round of consultative negotiations at the end of last year.

The upcoming animated feature represents a major endeavour for Rovio Entertainment, with Rantala revealing earlier this year that the company is set to invest over 100 million euros in the film. The film's budget has been reported at 80 million US dollars.