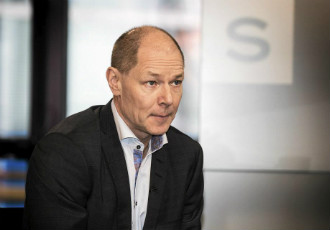 Sanoma has yet to make a decision regarding the future of any of its products or contents despite announcing on Tuesday its decision to launch negotiations over staff cuts as part of a new belt-tightening programme, CEO Harri-Pekka Kaukonen has said.

The media conglomerate stated that up to 220 people may be made redundant.

The negotiations will concern a total of 1,600 staff members, 14 per cent of whom may lose their job if the cuts are implemented in full. Sanoma is also set to shed 60 positions in its group-wide support functions as part of its attempts to generate savings of 50 million euros.

Kaukonen stated that no decisions with possible implications for readers and customers will be taken until the consultative negotiations have been wrapped up. “Out objective is not to damage content quality or the reader experience,” he said.

He said one of the main reasons for the woes of the media conglomerate is that the bleak economic conditions have resulted in weaker-than-expected development of the advertising market.

Sanoma will seek to create savings and efficiency primarily by streamlining its organisation, encouraging co-operation between business units and increasing agility, said Kaukonen.

“A prerequisite for our future success is our ability to join forces. To operate better and better. That's why [the belt-tightening measures] will concern all of our units. You can't implement such changes without changing the way you operate. Changes in the lines between units may or may not be necessary. The most important thing is to move forward without delay.”

“We aren't operating at the right cost base. We also shouldn't seek solace in our previous accomplishments. We have a long journey ahead of us,” Kaukonen said.