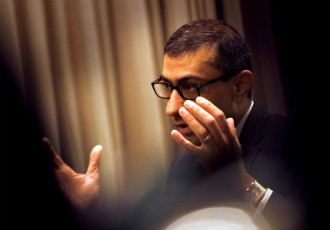 Nokia is doubtful that it is able to maintain the high level of profitability it achieved in the second quarter of the year.

The network equipment manufacturer reported on Thursday that its operating profits surged by 50 per cent year-on-year between April and June. It refrained from revising its guidance for the entire year despite posting a profit margin that far exceeded its expectations for the second quarter.

It is therefore likely that the operating profits will revert to their normal levels in the ongoing quarter.

Rajeev Suri, the chief executive at Nokia, was delighted with the second-quarter performance especially after a sluggish start to the year. The net sales of network equipment and services crept up in all markets with the exception of the Asia-Pacific. The sales of software, which typically feature a higher profit margin than equipment sales, similarly increased.

“All of our business segments reported a solid result. I am particularly pleased with the 50 per cent increase we recorded in earnings per share and the solid 40 per cent gross profit percentage of our network equipment operations,” he said.

Gross profit percentage is calculated by deducing manufacturing and procurement costs from net sales and comparing the result to overall net sales.

“We have maintained our guidance mainly because of regular seasonal variation. The first quarter in the sector is usually weak, the second is solid, the third is weak and the last is the best,” reminded Suri.

The profit margin reported by Nokia is excellent especially in light of the challenging market situation. Network equipment markets are no longer expanding but remain highly-contested. The rivals of Nokia have resorted to aggressive pricing strategies in an attempt to cling on to their market shares.

Nokia will according to Suri continue streamlining its operations by paying close attention to its costs. “The markets are not exactly growing. That is why we must maintain and improve our productivity as part of our regular operations. We have introduced a programme with which we seek to streamline all of our operations in order to be agile and lean.”

Shares of Nokia strengthened by nine per cent on the Helsinki Stock Exchange on Thursday as investors were buoyed by higher-than-expected profitability.

A particularly encouraging sign for Nokia was the fact that its net sales increased by 25 per cent to 378 million euros in China. “The adoption of fourth-generation mobile technology is underway in China, which has benefited us,” explained Suri.

Nokia has held negotiations over the sale of its mapping and location unit, HERE, throughout the first half of the year. Reuters has reported that Audi, BMW and Daimler are prepared to pay 2.5—3.0 billion euros for HERE, provided that they can reach an agreement with Nokia over key enabling technology.

“The negotiations are at a relatively advanced stages. All agreements include various details that will be mulled over until the very last minute. That is nothing out of the ordinary, but I cannot go into details,” he said.

Last week, the European Commission granted the requisite approval for the proposed takeover of Alcatel-Lucent by Nokia for 15.6 billion euros. Bernstein Research, a provider of sell-side research services, estimated that the successful second quarter of Nokia will facilitate the completion of the takeover.

“Our takeover bid for Alcatel-Lucent is moving forward according to plan, but its completion still requires the approval of Nokia's extraordinary general meeting. We are proceeding on schedule and expect the takeover to be completed in the first half of next year,” Suri said.

The takeover would mark the largest corporate acquisition in the history of Finland.

In addition, Nokia continued to outperform one of its main rivals, Ericsson, in profitability between April and June. While Ericsson reported net sales twice as high as those reported by the Espoo-headquartered company, the difference in operating profits is notable smaller.

Ericsson has faced stiff headwinds especially in North America, where Nokia is expected to strengthen its market position after taking over Alcatel-Lucent.

Both of the network equipment manufacturers stepped up their service operations in the second quarter as network operators continued to reduce costs by outsourcing non-core functions.