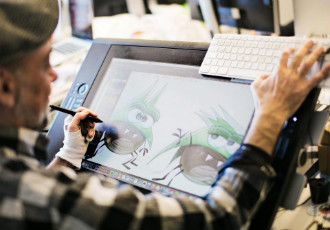 The new wave of Finnish game studios now have the opportunity to follow in the footsteps of Rovio and Supercell.

The example shown by the mobile game behemoths has encouraged many seasoned game developers to establish their own game studios, with the number of game studios in the country doubling to more than 260 over the past few years.

A lack of capital is not an obstacle for their success as last year alone domestic and international investors injected over 28 million euros in newly-founded game studios.

Competition in the industry, however, is fierce because mobile games can generate annual profits in excess of one billion euros. “Mobile games may be the most fiercely competed field in the world,” estimates Petri Järvilehto, the chief creative officer at Seriously.

Teemu Huuhtanen, the chief executive officer at Next Games, nonetheless considers it likely the one of the dozens of new game studios will grow into a major force in the global game industry.

Helsingin Sanomat has compiled a list of five promising game studios; Will any of them succeed in creating a hit game?

Seriously Digital Entertainment swept the board as the game industry convened for the Finnish Game Awards 2015 in April. The game studio has also piqued the interest of investors and already received some eight million euros in venture capital.

The game studio estimates that Best Fiends, a puzzle game it released last autumn, is played by some 1.3 million people every day. Seriously has yet to publish its sales figures, but Best Fiends has broken into the top 100 highest-grossing games in more than 90 countries, according to App Annie, a firm collecting data on the sales of mobile apps.

Small Giant Games has been established by the core team behind the browser-based virtual world Habbo Hotel.

Habbo Hotel became a hit in the desktop era, but like many of its contemporaries Small Giant Games has shifted its attention to mobile devices, such as smartphones and tablet computers. Its newly-released debut title, Oddwings Escape, seeks to break from the pack by offering unique visual and social features as well as a challenging gaming experience.

“A bit of luck is needed to succeed,” acknowledges Timo Soininen, the chief executive at Small Giant Games.

Hundreds of new mobile games are released every day, but the games lack variety, claims to Lasse Seppänen, the chief executive at Playraven. The game studio is consequently seeking to create completely new gaming experiences.

“We're after that Coca-Cola Moment,” Seppänen describes. “Before Coca-Cola, there were no cola beverages.”

Playraven has raised over five million euros in venture capital but failed to capture that elusive moment with its first attempt, Spymaster. Although many have downloaded the strategy game since its release last autumn, the game has yet to encourage gamers to loosen their purse strings as expected.

Next Games is not content with only developing its own game ideas.

The game studio has joined forces with Lionsgate, a Canadian-American entertainment company, and AMC, an American television company, and is scheduled to launch a mobile game based on AMC's hit television series, The Walking Dead, this summer.

“Licensed games are the second bedrock of the company,” states Teemu Huuhtanen, the chief executive at Next Games.

Next Games has raised roughly eight million euros from investors and expanded its staff aggressively. The debut release of the game studio, Compass Point: West, is set in Wild West.

Everywear Games is an exception in a list of game studios cranking out games for iPhones and iPads because it is currently focused solely on developing games for Apple Watch.

The game studio released its debut title along with the launch of the smartwatch in April. “It's clearly a hit,” says Aki Järvilehto, the chief executive at Everywear Games. “It's wonderful to have your debut title become a hit. That doesn't happen too often.”

The smartwatch encourages its users to play frequently, with Järvilehto gauging that gamers may play up to one hundred short gaming sessions per day.