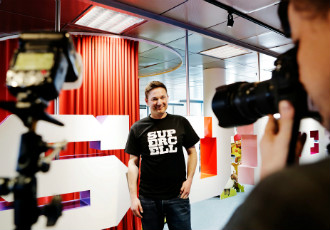 The sky-rocketing growth of Supercell is unprecedented in the economic history of Finland. The mobile game studio has grown from virtually nothing to a multi-billion euro powerhouse in no more than three years, reporting a 300 per cent increase in revenue to 1.5 billion euros last year.

Professor Markku Kuisma, an expert in economic history at the University of Helsinki, does not recall there ever being a similar company in Finland. “Nothing comes to mind from this period.”

Supercell is a product of its time, according to Kuisma. The success of the game studio would not have been possible without digitisation and globalisation. “Nothing from the old world compares to it,” he says.

The game studio is not only growing at a breakneck pace, it is also extremely profitable. Last year, its operating profits – profits before taxes, amortisation and financing items – jumped to 515 million euros, prompting it to announce a dividend payout of some 300 million euros.

If Supercell was a listed company, it would rank ahead of companies such as Nokian Tyres, Kesko and Metso as the ninth most profitable company on the Helsinki Stock Exchange, according to an analysis carried out by Nordea.

The profits are even more impressive in light of the fact that Supercell employs no more than 150 people, whereas Kesko employs as many as 20,000 people. Thus, its operating profits per employee stood at over three million euros in 2014.

Meanwhile, the life cycle of its hit titles can prove surprisingly long as their popularity is showing no signs of fading. “Our biggest dream is to create gaming brands and gaming experiences that in the best-case scenario live on for dozens of years,” Ilkka Paananen, the chief executive at Supercell, said in a press conference on Tuesday.

The hit titles, Clash of Clans and Hay Day, have undergone notable transformations over the past years as Supercell has released dozens of updates for both games.

The game studio has consequently established itself as a turbine of the burgeoning game industry of Finland. Neogames, an organisation promoting the growth of the industry, reports that the combined revenue of game studios in Finland crept up to 1.8 billion euros last year, marking a two-fold increase from the previous year. Currently, the industry provides employment to a total of 2,500 people.

A handful of game studios have lined up behind Supercell and Rovio to vie for their share of the success. Koopee Hiltunen, the director at Neogames, reveals that a number of game studios founded by experienced developers last year are gearing up to launch their debut titles this year.

The most recent success story, Colossal Order, hails from Tampere. Its newly-released city-building simulator Cities: Skylines has been downloaded over 600,000 times in March alone, mainly by gamers in the United States for a price of 29 dollars, or 26 euros.

The industry has also seen its share of misses. Grand Cru conceded recently that its social world-building game Supernauts has failed to live up to expectations despite spending several years on the drawing board and raising more than ten million euros in funding. The Helsinki-based game studio is currently working on four new titles.

Succeeding in the ever-competitive industry will only become harder, however. Pocketgamer, a provider of data on the game industry, has reported that nearly 350,000 games are presently available on AppStore and that thousands more are launched every month.

“All of this will make creating new games extremely hard and difficult,” admitted Paananen.

Supercell announced in February that it will pull the plug on its puzzle game Spooky Pop, only three months after its launch. Last year, the game studio also scrapped three in-development titles before releasing beta versions for public testing.