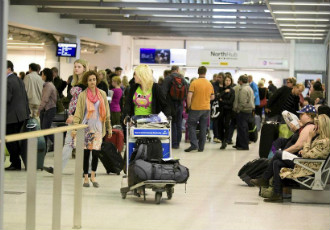 Aviator Airport Services Finland, a provider of ground handling services at Helsinki Airport, will begin negotiations with its staff over a maximum of one hundred redundancies, managing director Veijo Karosvuo revealed to Iltalehti on Sunday.

Karosvuo revealed that the redundancies are necessary due to the decision of Norwegian to change its provider of ground handling services at Helsinki Airport from Aviator Airport Services to Airpro, a service provider owned by Finavia, after opening the contract for tendering.

Finavia is a fully state-owned company responsible for the maintenance of 25 airports in Finland.

Reijo Hautamäki, the chairman of the Finnish Aviation Union (IAU), told Iltalehti that the union is weighing up its response to the decision to open the contract for tendering. The tabloid daily writes that employees at Airpro are employed on less-favourable collective agreements than their colleagues at Aviator Airport Services.

Janne Hattula, the managing director at Airpro, reminds in an interview with Helsingin Sanomat that Norwegian has opened all of its ground handling contracts in the Nordic countries for tendering. “It ended up changing service providers also in Oslo and Copenhagen,” Hattula points out.

He also reveals that Airpro will have to recruit new personnel after winning the ground handling contract. The service provider has already launched a recruitment process for the spring and received over one thousand applications, he adds.

“If it hadn't been for this, we would've hired 100 for the summer, some of whom could've continued. Now, the level we're at is 150,” he estimates, declining to speculate on the number of new employees who will be offered full-time contracts.

“We can use quite a lot of part-time arrangements,” he says.

“This is what we've gone with for almost 20 years, and will go with also in the future.”

Airpro will, as a result, provide ground handling services to Norwegian at a total of six airports, according to Hattula.