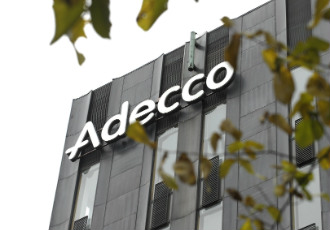 The private employment sector grew by six per cent between January and October, according to the Private Employment Agencies Association (HPL). The growth was robust particularly over the first few months of the year but has since decelerated to a more modest rate.

“This does boost our hopes,” admits Merru Tuliara, the managing director of HPL. According to her, the private employment sector usually reflects general economic developments relatively accurately, albeit slightly ahead of time.

The sector contracted by 30 per cent during the financial crisis of 2008 and by 10 per cent last year.

The statistics are based on information provided by the 20 largest private employment agencies every month and, according to Tuliara, reflect developments in the sector accurately.

Of the companies included in the survey, Barona is the largest, StaffPoint the second largest and Mediverkko the third largest.

The combined net sales of all the companies included in the survey increased by 0.5 per cent to some 80 million euros between September and October. Between January and October, the net sales stood at roughly 743 million euros.

The value of temporary staffing services provided by the companies in October was 59 million euros, which – despite representing a month-on-month decline of 2.1 per cent – accounted for nearly 75 per cent of the total net sales of the sector.

Monthly fluctuations are common in the private employment sector, according to Tuliara. Instead, she calls attention to what currently appears to be a positive longer-term trend.

The results of a survey carried out by the Confederation of Finnish Industries (EK) in November, however, fail to corroborate the positive development of the private employment sector.

Over one-third, or 34 per cent of service providers surveyed by EK indicated that they expect the sector to grow and 17 per cent that they expect it to contract. The companies also estimated that their net sales increased between August and October, although more sluggishly than during the spring and summer months.

The growth is expected to continue over the last two months of the year and into early 2015, according to EK.