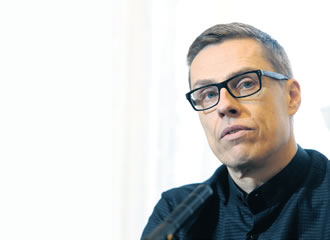 Finland is a nice place to be if you work in the public sector.

But laws that protect municipal workers from the hard reality of a faltering economy are adding to the debt burden in a country that had its credit rating cut just two months ago.

In some towns, no public-sector staff can be fired until as late as 2022. Meanwhile, Finnish local government debt has tripled to 16.3 billion euros since 2000. It will grow by another 10 billion euros by 2018, the Finance Ministry estimates.

"The government and municipalities have the same problem: the income base has collapsed while expenses have continued to grow," Anssi Rantala, chief economist at Aktia Bank, said by phone.

As more people retire than join the workforce, Finland's recession shows no sign of easing. Prime Minister Alexander Stubb has described the country's plight as a "lost decade" as manufacturing fails to spur growth for a third consecutive year.

Adding to the country's woes is the economic pain spreading through its eastern neighbor as exports to Russia collapse. In October, Standard & Poor's cut Finland to AA+ from AAA as the state's debt exceeds the 60 per cent limit to gross domestic product permitted inside the European Union. GDP slowed to 0.2 per cent last quarter — half its growth pace in the three months through June — as exports and investments fell, the statistics office said Friday.

As the government struggles to squeeze more competitiveness out of its labour force, existing laws are hampering its efforts. Many municipal employees enjoy a five-year immunity in case their town is merged with another. Among Finland's 320 towns, the smallest ones may merge several times — giving those workers another five years of job protection each time.

In the northern lakeside town of Kuopio, as many as 5,578 municipal workers — plus future newcomers from smaller locales — may keep their jobs until 2022, if all planned mergers are completed. Employees have had job security since 2006, when the town absorbed Vehmersalmi, a nearby village of 2,000 inhabitants.

"It does add a certain mental rigidity," Jarmo Pirhonen, the mayor's deputy in Kuopio, said of the job-cut quarantine. "It would introduce some realism if dismissals would be a potential tool."

Kuopio has been able to overcome at least some of the burden by encouraging staff to take additional unpaid vacations while its relatively diversified business sector has endured tough times better than more narrowly focused towns. Even so, the town estimates its budget deficit will increase to 22 million euros next year.

The seaside town of Oulu, once a main engineering site of Nokia, has locked in its public employees until 2018. Unemployment there grew to 16 per cent in October, compared with a national average of 8.3 per cent.

Public sector as a whole

The five-year job security law was implemented in 2007 to encourage municipal mergers and prevent resistance from employees fearing for their jobs. The number of towns has fallen by 96 since then. Yet more than two-thirds of Finnish towns have fewer than 10,000 inhabitants, according to the Finnish municipalities website.

The government is implementing tighter financial oversight of municipalities and wants to rein in spending growth by centralising responsibility for services such as health care to five regional units, compared with about 200 municipal organisations today.

"The public sector must be viewed as a whole — it makes no difference how well the government is doing if municipalities are in the gutter," Rantala said. "There will surely be a discussion on to what extent the public sector can offer taxpayer-funded services and to whom in the future."

One in five Finnish workers is employed by a local government. Three quarters work in health care, social security or education and four in five are women. Half of all local government spending goes on wages and other staff expenses. Adding to the cost, wages are often harmonised in a merger, meaning that employees from lower-paid locales can look forward to a raise.

The state should refrain from pushing more responsibilities down to the local government level and allow towns more flexibility in setting up their service offerings, Kuopio's Pirhonen said.

"There are surely things that are important as such, yet could be handled well through the private sector," he said. "Must it be the town's responsibility if someone's cat gets sick?"