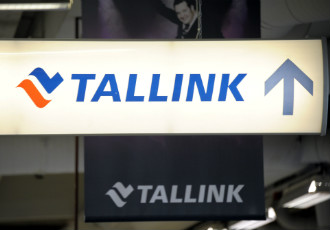 Tallink Group and Meyer Turku announced on Thursday that they have signed a letter of intent for the delivery of the liquefied natural gas (LNG) powered vessel for the route between Tallinn and Helsinki in early 2017.

The value of the order is an estimated 230 million euros. The ship-building effort is projected to create roughly 2,000 jobs.

The ferry will be roughly 212 metres long and carry a maximum of 2,800 passengers.

The companies stated yesterday that a number of new technical solutions will guarantee the energy efficiency of the vessel, adding that during the design process particular attention has been paid to reducing emissions and waste as well as increasing recycling rates.

Because the ferry will run on liquefied natural gas, she will comply with the latest emission regulations.

Tallink purchased six passenger ferries from the Turku-based shipyard in 2002—2009.