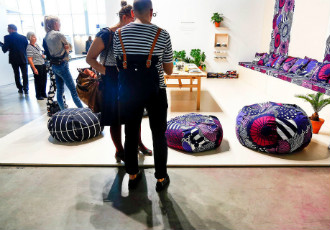 The third-quarter operating profits of Marimekko have increased by two million year-on-year to five million euros. The improvement is attributable to both effective belt-tightening measures and continuing growth in Asia, according to Mika Ihamuotila, the chief executive at the traditional design firm.

The net sales of Marimekko, in turn, increased by 8 per cent year-on-year to 27 million euros between July and September.

In Finland, the third-quarter net sales rose by seven per cent largely due to one-off campaigns and the beginning of the wholesale deliveries of winter collections already in September. Worldwide, the sales increased by nine per cent.

The performance of a company such as Marimekko is subject to considerable seasonal variation. Most of the net sales and profits of Marimekko are usually accrued during the second half of the year, as appears to be the case also this year.

In the interim report, Ihamuotila also calls attention to the fact that Marimekko has continued to strengthen its position in the Asia-Pacific Region, where consumer markets are expanding rapidly. “Ten new Marimekko stores, out of a total of 19, are opened this year in this important market area,” he says.