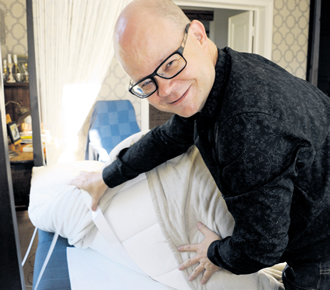 THE start-up Beddit has received a multimillion euro investment from the venture capitalist firm Inventure. The Espoo-based company plans to use the funding to push its sleep monitoring system to consumers during the upcoming holiday shopping season.

Beddit's sleep monitor includes a thin film sensor which is placed under the bed sheet. As the user sleeps – or tries to sleep – the sensor records the heart rate, respiratory rate and movement. The data is sent via Bluetooth to the user's smart device, where an app recognises sleep cycles, the amount of time slept, and even how many times the user got up during the night. Each morning the app presents a sleep analysis and tips on how to improve the chances for a good night's sleep.

In late July Beddit offered an upgrade with a smart alarm system which is designed to awaken the user during the lightest sleep phase. When someone wakes from a deep sleep, the company says, he is likely to be groggy and disoriented. A person will start the day more fresh and alert if they waken from a lighter sleep.

"Thirty minutes before the alarm set the system starts to look into your sleep depth and starts ringing at the best sleep phase available," writes Ida Lönnroth on the company blog. "In any case, the alarm wakes you up latest at the time set – and earliest thirty minutes before." 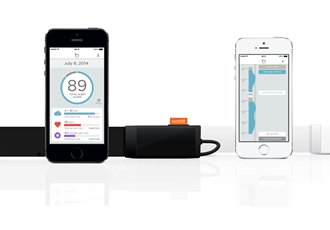 Beddit first offered a professional version of their sleep monitoring system in 2012. One year later they sought to raise 80,000 dollars in an Indiegogo crowdfunding campaign to develop a consumer version. The drive was so popular they had almost 4,000 backers who pledged over 500,000 dollars, beating their goal by more than six times.

Yet the company had significant problems during this product launch. The comment section of Beddit's Indiegogo campaign was filled with complaints. Some backers claimed they never received their product, even though the company said that all had been shipped. Others protested about the lack of promised features or the long delay for the Android app. The vehement criticism led the Artic Startup website to warn eager entrepreneurs about the perils of crowdfunding.

Still, Beddit continued to develop and refine their product. This summer the company partnered with Misfit, who specialises in activity trackers. All the data generated by Beddit's sleep monitor is now available on the Misfit app.