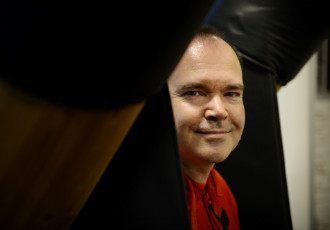 When the original incarnation of Angry Birds broke through, it seemed as if there would be no end to its success.

The mobile game surged to the top of top-grossing charts in the United States in early 2010 and stayed there or thereabouts for nearly two years as millions, then tens of millions and ultimately hundreds of millions of people hurled angry birds at bad piggies.

When the ninth re-incarnation of the series, Angry Birds Epic, was released in June, it briefly ranked as the 23rd top-grossing game in the United States. Today, it is barely in the top-100 of top-grossing charts in the country.

The appeal of Angry Birds appears to be wearing thin.

Rovio Entertainment benefited substantially from the shift of gaming from consoles and computers to mobile devices. The ease of purchase and a user-friendly interface encouraged many to try digital games for the first time, usually in the form of Angry Birds.

In contrast, Rovio has struggled to adapt to the shift that followed. Pay-per-install games such as Angry Birds have been pushed aside as free-to-play games, games that are free to install but allow users to spend money to advance quicker, have taken over the mobile gaming world.

Rovio did not unveil its first fully-fledged free-to-play version of Angry Birds until December 2013 – more than a year after Supercell had swept over the mobile gaming world.

Free-to-play games require an entirely different approach to game design than more traditional games, an approach Rovio has yet to successfully adopt. “If you add boat parts to a car, it may keep out the rain better, but it doesn't make it a boat,” describes one former game developer at Rovio.

While Rovio managed to increase its revenue moderately last year, it failed to prevent its revenue from games from slipping as it struggled to keep step with the new guard of mobile games, such as Supercell and Sweden's King Digital Entertainment.

It may be unfair to draw comparison to the two success stories, but Rovio has set its sights high. In 2011, Peter Vesterbacka, the chief marketing officer at the game studio, spoke about his vision of growing Rovio into an entertainment behemoth comparable to Disney.

Despite its sluggish growth rate, Rovio is hardly a company in crisis. In light of its net sales, its operating profits of 36.5 million euros in 2013 remain healthy.