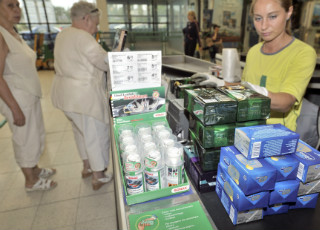 Consumption by Russian visitors in Finland will decrease by a minimum of 100 million euros this year, estimates the Finnish Hospitality Association (MaRa).

Overnight stays by Russian visitors fell by roughly ten per cent between January and June and are expected to decline further in the latter half of the year as economic uncertainty, slumping rouble and the crisis in Ukraine continue to gnaw away at the interest of Russian citizens in travel.

“In 2009, the money brought by Russian visitors decreased by nearly 100 million euros due to the recession. The crisis today is even worse,” highlights Jouni Vihmo, an economist at MaRa. “This time, the amount of money will decrease by at least 100 million euros, maybe as much as by 150—200 million euros,” he gauges.

Last year, Russian visitors spent a total of 1.4 billion euros on tourism and restaurant services and tax-free shopping in Finland. This year, the consumption is projected to fall short of 1.3 billion euros.

“The average purchase price of Russian visitors in Finland has decreased. It's already obvious that the situation is worse than the recession in 2009,” views Vihmo.

Although the retaliatory sanctions of Russia have reportedly boosted grocery sales at the Finnish border with Russia, Vihmo reminds that grocery sales alone are unlikely to turn the trend around. “I can't say anything about the situation in the retail sector, but at least for the tourism and restaurant sectors [grocery sales] have no effect.”