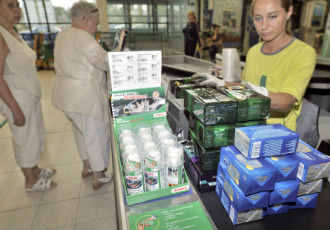 Although the result of the S Group improved marginally in early 2014, the retaliatory sanctions introduced by Russia cast dark clouds over the outlook for the three Sokos hotels and 17 Prisma supermarkets operated by SOK in St. Petersburg.

Meanwhile, the net sales of Sokos hotels have slipped by over ten per cent year-on-year in the face of sliding Russian rouble and slumping demand.

While the outlook for the S Group in the latter half of the year depends largely on the general economic development, the import bans deployed by Russia stir uncertainty. The bans on foodstuffs are projected to have an adverse effect on the entire group by reducing the product range and sales of its supermarkets in St. Petersburg.

The S Group has said that it seeks to compensate for the items targeted by the sanctions with locally-produced items.

Jorma Vehviläinen, the executive vice president at SOK, says that the number of items offered by Prisma supermarkets in St. Petersburg has already declined.

“The search for compensatory items is already under-way. The sanctions will affect the product range by decreasing it by 6—8 per cent because some of the products are replaced with others. Currently, fruit and vegetables are brought to Russian markets from alternative countries, such as Azerbaijan and Armenia. However, fresh produce doesn't last long, and there is great demand for Valio products, for example,” he says.

The S Group reminds that it remains premature to estimate the extent of the possible losses and impact on the result of the entire group inflicted by the sanctions.

In addition, the retail co-operative revealed on Tuesday that its investments will decline from the previous year and focus predominantly on smaller premises and improving existing premises.