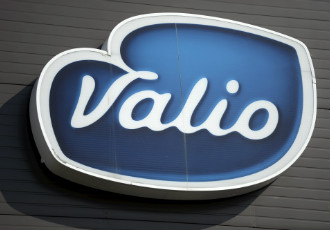 Valio announced on Friday that it will initiate consultative negotiations with all of the roughly 800 people employed at its production plants in Vantaa, Haapavesi and Seinäjoki, as well as its terminal in Lappeenranta.

For the most part, the measures considered in the negotiations will be limited to temporary lay-offs and non-renewals of fixed-term employment contracts. The dairy company was on Friday unable to estimate the scope or duration of the temporary lay-offs.

YLE was the first to write about the negotiations.

The planned belt-tightening measures are a direct consequence of the retaliatory sanctions deployed by Russia on Thursday, which saw the exports of Valio to Russia dwindle to nothing. “That's a big thing for our plant,” admits Merja Uusitalo, the chief shop steward at the Haapavesi plant.

Among other products, the Haapavesi plant manufactures Oltermanni cheeses, which are one of the most popular Valio products in Russia.

In Finland, the import embargo imposed by Russia has hit Valio especially hard. In recent years, the dairy company has derived nearly 20 per cent of its net sales from Russia markets.

Although Valio produces some of its processed cheese products in Russia, most of the roughly 250 Valio products available in the country originate in Finland.