A basic income would pay everyone in Finland a flat sum, regardless of need.

IF SOME people have their way, you might soon be receiving a monthly payment from the State of Finland. You won't have to apply for it or prove that you need it. In fact, it doesn't matter if you are destitute or a billionaire. Simply by living in Finland you would be eligible. This is the so-called basic income.

The basic income is designed to be paid to every person, regardless of need. In its pure form it would be enough for anyone to live frugally. With a basic income all other transfer payments would cease. There would be no more child allowances, student stipends, unemployment benefits, housing assistance, disability payments or pensions. All such programmes would be unnecessary, because every person would automatically receive enough to cover basic living expenses.

Proponents say it would be more efficient than the current system. Thousands of civil servants currently administer a complicated series of programmes, but this would change drastically under a basic income scheme. Few people would be needed to manage a basic income system, because there would be no means testing. Everyone would receive the payment regardless of their wealth or income.

The idea for a basic income has grown in popularity in recent years due to the current moribund state of the economy. Economic futurologists such as Thomas Piketty claim that our future growth will be much less than in the past. We may have to learn to live with significant and permanently high unemployment. A great wave of automation could conceivably eliminate up to 47 per cent of all current jobs, according to a study by Carl Frey and Michael Osborne of Oxford University. The theory is that in a world where only a minority of people have jobs we need a new system of social welfare.

A pure basic income system exists nowhere in the world, but there are several similar programmes. The American state of Alaska has oil revenue which allows it to give every resident 900 USD annually. However, Alaska's plan is not designed to give everyone enough to live on, but is instead the rewards of living in a resource-rich area. 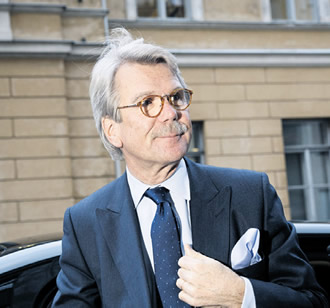 Basic income has a long history and was first discussed in Finland about forty years ago. Over the decades the Greens' Osmo Soininvaara has been the main champion of the idea, and the party has often included it in their campaign platforms. The Left Alliance has also been somewhat supportive. Other parties have been either lukewarm towards the idea or downright hostile. The Centre Party has flirted with the idea, and the National Coalition published some thoughts about it, but the Social Democrats have traditionally been opposed. The trade unions and civil servants, major supporters of the Social Democrats, have been vehemently against the plan.

Still, the idea for a basic income has received a diverse range of supporters. Olli Rehn has been quoted as being generally favourable towards the idea, and even uber-capitalist Björn Wahlroos approved of it more than a decade ago. Currently there is a citizens' initiative under the leadership of Perustulo which is attempting to bring it before Parliament.

The exact amount a basic income should provide has been much debated. The Greens have released a proposal for 440 euros per month, while the Left Alliance has suggested a starting level of 620 euros. Yet these would not qualify as true basic income programmes because the amounts are too low for living expenses. Björn Wahlroos calculated it should be between 850 and 1,000 euros per month. To completely eliminate poverty, everyone should receive 1,166 euros monthly. There should be no registration required to participate in basic income.