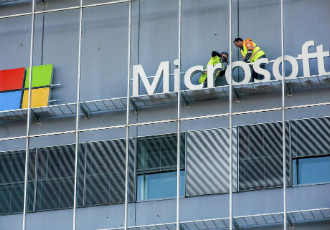 Microsoft is as part of its ongoing effort to enhance productivity set to reduce personnel, with former Nokia employees especially under threat of axe, Bloomberg reported on Tuesday.

The American software behemoth acquired the Nokia division responsible for the development and manufacturing of handsets in April, consequently adding nearly 30,000 new employees, including 4,700 in Finland, to its payroll.

In Finland, the former Nokia and current Microsoft employees are based primarily in the capital region but also in Salo, Tampere and Oulu.

Bloomberg in its report underlines that the preliminary details of the looming cuts are based on information obtained from sources insisting on anonymity.

Satya Nadella, the newly-appointed CEO at Microsoft, appeared to hint at the possibility of lay-offs last week, as he in his first mission statement shed light on his plans to streamline and improve the productivity of the company.

Bloomberg estimates that a substantial share of the cuts will concern employees of the handset division but refrains from speculating on, for example, their country-specific impact.

At present, Microsoft provides employment to a total of 127,000 people, notably more than its main rivals, Apple and Google, the American news agency highlights. When Microsoft in 2013 announced the acquisition, it also pledged to slash its annual costs by roughly 500 million euros within 18 months of the completion of the transaction.

The cuts are not expected to concentrate solely on the handset division but may also affect the sales and marketing divisions of Microsoft, with Nadella repeatedly underlining the significance of mobile devices for the company.

The software developer has resorted to mass lay-offs only once in its history. In 2009, it showed the door to nearly 6,000 staff members, equivalent to around 5 per cent of its entire workforce. The looming lay-offs, Bloomberg cautions, may be greater than the ones introduced five years ago.

Microsoft is expected to shed further light on its plans later this week or next week when reporting on its second-quarter performance.

On Tuesday, spokespersons at Microsoft Finland declined to comment on the report.