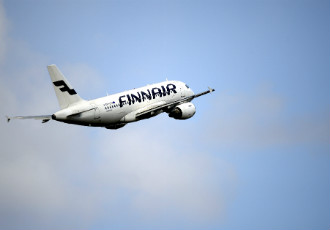 Roughly 100—200 of the flight attendants to be recruited as part of the outsourcing effort of Finnair will be recruited from abroad, Ville Iho, the chief operating officer at Finnair, estimates in an interview with Helsingin Sanomat.

The objective, he said, is to find the others in Finland.

On Monday, the airline announced that it will outsource cabin crew services on a total of 20 routes and consequently reduce as many as 540 positions. At present, the airline provides employment to a total of 1,893 flight attendants – or 1,200 when converted to full-time positions – including 1,554 Finns.

Finnair is therefore set to shed nearly half of its cabin crew positions over the next two years.

Iho on Tuesday said that the outsourcing effort will begin with three Asian routes with the objective of completing the necessary measures in the final quarter of the year. “We seek a situation where we have outsourced to domestic service-providers,” he said.

Finnair, Iho added, has already determined an acceptable price bracket for the effort. “The negotiations have progressed well.”

In addition, he revealed that Finnair is not in a financial position to offer voluntary pension arrangements to any of the flight attendants affected. “We don't have that kind of free money,” he explained.

Although nearly one hundred Finnair flight attendants would be able to retire, the redundancies will begin with younger employees, Iho said.

The chief operating officer also underlined that Finnair is not interested in an arrangement in which it would acquire a minority stake in the service-provider.

Instead, the arrangement in the pipeline is similar to that Finnair has adopted on its routes to Spain, where it relies on flight attendants provided by more than one employment agencies and airlines. “My estimate is that the agreements will be reached this summer,” Iho said.

Iho also stressed that increasing the number of foreign flight attendants is not the only option available to Finnair. It is vital for the airline, he reminded, that most of its employees are stationed at the Helsinki Airport.

“Charter airlines can easily operate with Finnish staff on costs up to 40 per cent lower than we can,” Iho said, highlighting the divide between the wages of Finnair flight attendants and those paid by international low-cost carriers.