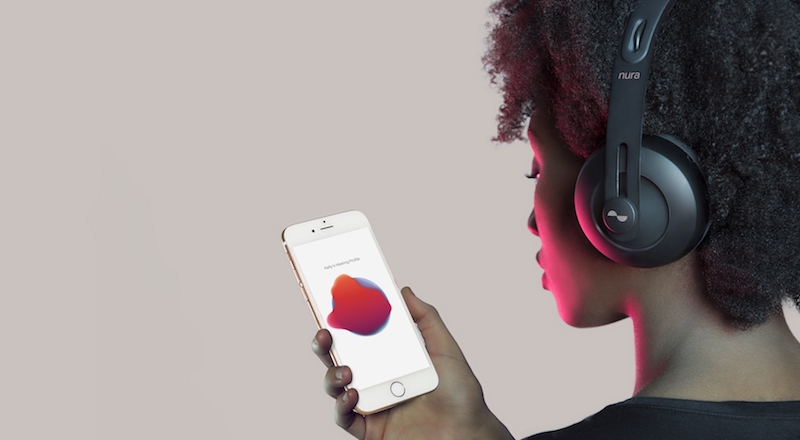 Have you seen those videos on FB, where people get to try nuraphone for the first time and they just burst into laughter in surprise and “wow effect”? What do they hear and why is it so unexpected for them?

We live in the time of disruptions. Every industry which has been able to live a lazy life of no development, because the demand has ben there and products have been selling ok, is on for a surprise. The headphone industry is one of those. Of course, headphones have been developed in general; better speakers, bluetooth, new and more comfortable styles and increasingly wireless and waterproof earphones and headphones are all welcome innovations. But every one’s hearing, as their sight, are different and personal.

An optician gives you glasses specifically for your eyes, why not a headphone for your ears? Well this is where Nuraphone has found a niche to disrupt the headphone industry.

A passionate group of music loving scientists, engineers, and creatives founded nura in 2016 with the ground-breaking idea of using the Otoacoustic Emission to create headphones that automatically learn and adapt to your unique hearing. This idea led to the invention of the nuraphone. In July 2016, nura crowdfunded the nuraphone — raising $1.8M, the largest in Australian Kickstarter history. In March 2017, nura raised a further $5M Seed Round led by Blackbird Ventures, SOS Ventures and Qulagro VC. The company is based in Melbourne, Australia.

The nuraphone plays a range of tones into the ear, and then measures a very faint sound that your ear generates in response to these tones called the Otoacoustic Emission (OAE). This tiny signal originates in the cochlea and vibrates the ear drum, turning it into a speaker and playing sound back out of your ear. Yes our ears make sound! This sound is about 10,000 times smaller than the sound that went in.

Encoded in the returning sound wave is information about how well you heard the sound that went in. The nuraphone uses an extremely sensitive microphone to detect this returning sound wave, and a self learning engine built into the nuraphone to create your profile. No buttons or knobs. It all happens automatically and in about 60 seconds.

The phones come with an app which you can download for free and personalise for yourself, and 2 other users. The app creates a unique hearing profile for each user, with a graphic expression of each user’s relative hearing sensitivity, i.e. a personalised map of your sense of hearing.

“A person’s hearing is as unique as their fingerprint or voice. With the nuraphones, we can automatically adapt the sound-system to match your unique hearing system,” says Dragan Petrovic, founder and CEO of nura. “For the first time, you can share and compare how you hear with others – something that has never been possible before.” 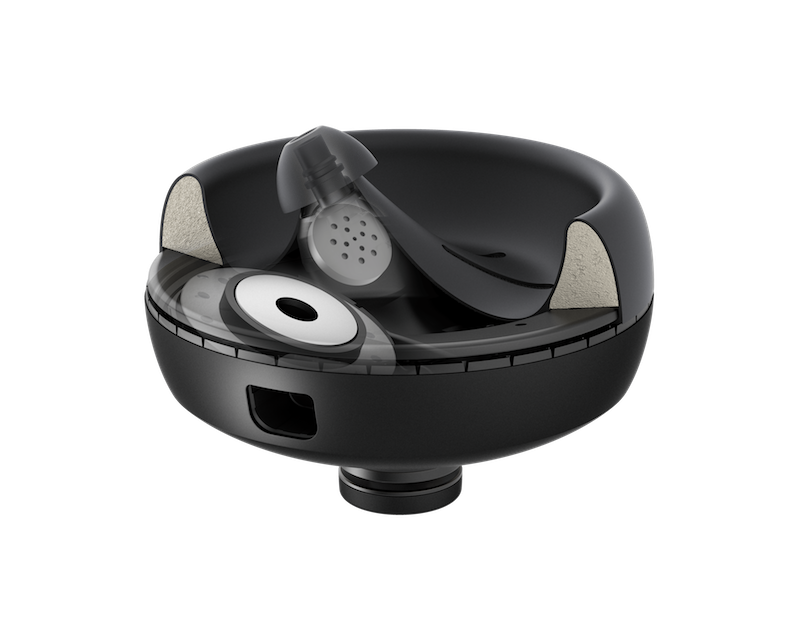 Once the nuraphone has created your hearing profile it sonically fine-tunes your music so that it matches your hearing system and lets you sense even minute details of the music you listen to. Once personalised, the phones recognise the user, welcomes you by your name and you can listen to different genres of music in stunning detail from any player. These features make nuraphone world’s first and only headphones that learn and adapt to your hearing.

When you put the phones on for the first time, it takes some getting used to due to the dual in-and-over ear design. Trade marked as Inova, this is a patented and unique feature of nuraphone. It’s like having earbuds and headphones at the same time. But after adjusting the phones to optimal position and getting used to Inova, you start appreciating nuraphone's advanced features, and superior sound. those features include: a uniquely quiet listening due to CleanANC™, which combines active noise cancellation (ANC) with double-passive isolation. While ANC actively cancels outside sounds, the double-passive isolation is two physical barriers, the ear tips and ear cups, which stop outside sounds getting in.

You can Switch to Social Mode™ anytime to hear the world around you with the touch of a button. You can choose if you want to hear conversations and your surroundings, or tune out everything except your music. This is also an important safety feature if you are using your headphones while waling in streets. Also a novel active, bass-driven ventilation system keeps your ears cool even after hours of listening.

You can also use the touch buttons to skip tracks, adjust volume and more. With single and double tap, you can choose up to 4 different functions. The phones also have charging tones and spoken battery levels and Bluetooth QuickSwitch™, which lets you swap between your phone, computer and other devices without disconnecting the headphones. Once connected by bluetooth to your phone, you can also make and receive voice calls with your nuraphones. Some of these features and more were improvements made available in the G2 upgrade released by the company recently.

Nuraphone has got an amazing response from its users as well. 1917 reviewers have given an average of 4.5 stars to the product. Sure of its quality, the headphones come with a 30 day satisfaction guarantee and free lifetime support. The price is €399, which includes worldwide shipping. Nuraphone comes with three different sizes of eartips. Website is www.nuraphone.com. Nuraphones are also available in Finland at Haloradio.

Nuraphone is probably the best headphones money can buy and worth the price. Besides the superior and personalised quality of sound, options like being able to turn off and on the noise reduction feature with the tap of a finger could be life saving if you use the phones while moving. As many of the features are controlled by the accompanying app and software, the company is able to update and upgrade them and the user can customise all features at will.

*nura and nuraphone are trademarks of the company. The words are not capitalised on purpose.