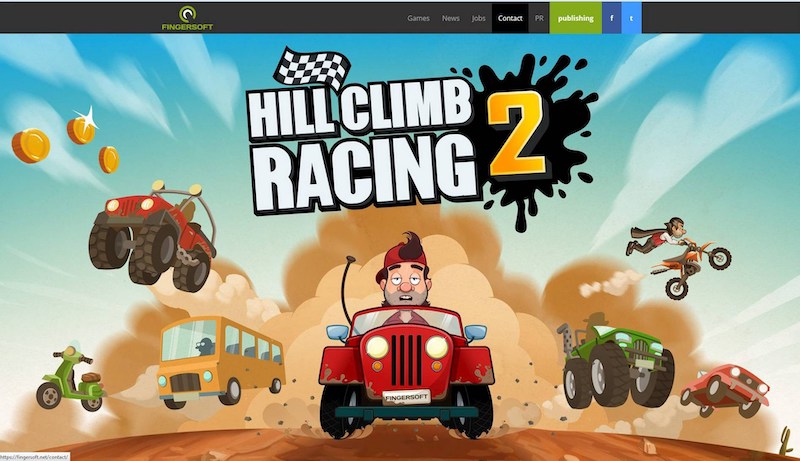 While in 2017 the turnover decreased a bit to 2.36 billion Euros, Finland still remained one of the three biggest game developers in Europe with the gaming revenue being the worlds highest in relation to population.

Also 2017 saw an increase in the number of gaming companies with a revenue of more than €10 million and employee number of more than 50 people. 20% of game developers if Finnish companies are expats form other countries.

There is chronic and constant shortage of developers in Finland and gaming companies have to resort to international recruitment agencies and headhunters to find suitable employees. Gaming companies in Finland have named the problem of finding senior employees as their number one challenge in a survey conducted by the industry associations.

Last year, Neogames, a non-profit umbrella organisation for the Finnish gaming industry, together with the Baltic Game Industry project published a working document on optimising the Finnish immigration process for highly specialised work force. In this document, the organisations suggest a lean methodology for simplifying the immigration process of highly skilled developers and removing the bureaucracy to decrease the time from start of the process to having the immigrant expert working in the Finnish company to one month. Neogames suggests an investment of €100 million for getting the top international talents to move to Finland.

At the same time as the gaming industry grows, Finnish gambling monopoly had to let go of 400 employees because of the shift of the business into digital channels and intensifying competition. Numerous no account sites and review pages targeting the Finnish players have emerged in recent years, attracting players away from Veikkaus, which is bound by law to have players registered and limit the amount each player bets every month.

Finland’s gaming industry grew stronger altogether in 2017 and 2018 with around 15 new companies being formed and approximately 150 new games being released.

With titles such as Clash of Clans, Heyday and Clash Royal, supercell is indeed the most successful gaming company in Finland in recent years. Supercell’s games remained top grossing games on App Store and Google Play for several years, and at one point earned the company 1,5 million dollars a day. The company made €521 mil. in profits with a revenue of €1,8 billion in 2017.

Supercell was acquired by Softbank which later sold it’s shares to Tencents for over $8 billion in 2016.

Creator of the Angry Bird series of games, Rovio went on to produce animation movies based on the same characters. Rovio made a profit of 19,6 million Euros with a turnover of €260 mil. in 2017.

Remedy is the company behind titles such as Alan Wake, Death Rally and Max Payne. Remedy is a veteran of game development in the country which brought Finland’s gaming industry to international fame by winning the BAFTA award of “PC game of the year” for Max Payne in 2001. Remedy had a revenue of €17,2 mil. and a profit of €1,5 mil. In 2017.

Founded by Yves Guillemot, Redlynx is the developer of titles like motorcycle game Trials Frontier, South Park: Phone Destroyer and Trials Rising which was released early this year and is available for all consoles. The company had a turnover of €9,8 mil. and a profit of €579k in 2018.

Is the creator of Alianation, an isometric shooter and role playing game released in 2016 exclusively for PS4. The game can be played both in single or multiplayer modes. Housmarque lost around €600k despite a revenue of €4,2 mil. in 2017.

Is the company behind Trine series, and the Enchanted Edition which was made available for PS4, and Wii U in addition to PC. Frozenbyte lost €229k with a revenue of €3,4 mil. in 2017.

With its classic, and very simple Hill Climb Racing, Fingersoft has had a constant revenue and been able to get the game to new platforms such as AppleTV. The first version of the game was downloaded 200 million times and the newer version 2 was released in 2016. Fingersoft made a considerable €11,7 mil. in profit with a revenue of €29,6 mil. in 2017.

It’s not hard to notice that the lion share of the revenue and profit of the Finnish gaming industry is coming form a single major success: Supercell. It would be interesting to see if the company would be able to repeat and uphold its amazing success with new games. So far there are no clear signs of that happening.