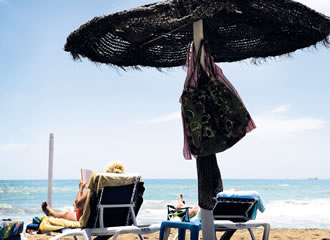 Why are we paid holiday bonuses? Why do Saturdays take up vacation days? The origins of the annual holidays act date back to the 1930s.

Vacation is mentioned in the fourth clause of the first section of the annual holidays act. Law, labour market policies and social policy – these are what our yearly break is built upon.

For most, the upcoming vacation involves mornings filled with light and summer vacation plans.

It is worth remembering, though, that the right to a paid statutory annual leave is not self-evident. In Finland it was established in 1922; the United States still does not have it.

In an agrarian society, clauses on vacations were not necessary in the same way as they currently are. The yearly cycle determined when to work and when to rest. Statutory vacations developed along with industrialisation and the labour movement.

The Annual Holidays Act of 1973 marked an important change, as it established the minimum duration of annual leave at 24 days for those who have worked for their employer for less than a year, and 30 days for those with a working relationship spanning longer than a year.

Longer leaves have also been agreed on in some collective agreements. For example, state officials who have worked for over 15 years earn 36 vacation days annually.

The duration of the vacations is only part of the holidays act.

The most recent annual holidays act of 2005 allowed for more flexibility on holiday agreements. It also improved the position of part-time workers: previously, they did not necessarily earn vacation days during temporary layoffs or sick leave.

The origins of the current annual holidays act date back to clauses from the 1930s and 1940s. It is no wonder, then, that some vacation policies seem outdated.

Take, for example, including Saturdays as vacation days, i.e. that an annual leave of 30 days denotes five instead of six vacation weeks. This dates back to when Saturdays were still working days.

One would assume that the system could easily be modernised so that the number of vacation days would remain the same, but would be easier to count.

"All other counting methods are problematic. This is why the acknowledged standard has been chosen," says legal officer Mikko Nyyssölä from the Confederation of Finnish Industries (EK).

What about bonus holiday pay? It has not been decreed, but it was introduced in the collective labour agreement of the metal industry in the early 1970s to prevent workers from going to Volvo's factories in Sweden for better pay.

Times changed, but holiday pay was established as a national habit. Do you believe that we would receive holiday pay if it were invented today?

In many companies, holiday bonuses are equal to returning to work. If the employment relationship ends with the holiday, the bonus may not be paid. 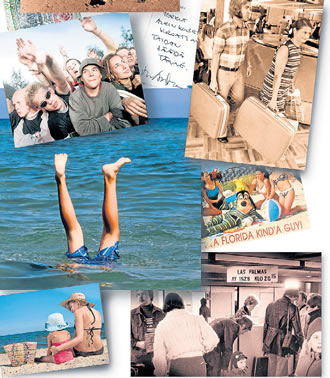 According to experts, vacationing has not been simpler elsewhere either. Finland's annual holidays act is, in fact, a good one, experts in Hakaniemi and Eteläranta assure.

"The structure of agreements is very sensible in Finland. The statutory annual holiday guarantees a reasonable minimum holiday for everyone, and annual holidays can be tailored in collective labour agreements according to the needs of each industry," says development manager Juha Antila from the Central Organisation of Finnish Trade Unions (SAK).

The possibilities for the employer and employee on the holiday's timing have increased. Annual holidays may be postponed or be divided into parts. Part of the holiday may be used up as shorter working hours.

EK believes that this could be improved still. When preparing the current legislation, employers from the committee, as well as officials, proposed that the employer and employee could agree on paying the fifth holiday week as pay.

"I believe that people are able to decide for themselves without the guidance of trade unions, whether they wish to sell one holiday week to the employer," Nyyssölä from EK states.

SAK would not even negotiate on the matter anymore, Antila says.

Antila from SAK considers the largest flaw of the act to be the fact that those who have held their current employment relationship for less than a year only receive two vacation days per employment month, yet the colleague who has held their position for over a year collects two and a half days of vacation. "This is obvious discrimination," he says.

"It makes no sense to punish those in short employment relationships with legislative measures too."

EK's Nyyssölä believes that it is not so much a question of punishing anyone, but rewarding committed workers.

"Of course one may question if it is fair. I believe it is. It is a curious situation if nothing can be rewarded."

Antila believes that the boundary mark of one year is also exploited. "Some employers crop employment relationships so that the temporary worker cannot reach the holiday accrual of two-and-a-half days.

Few Finns are unaffected by holiday issues. "Many people are left outside this discussion, who may not have been able to have paid holidays for years, even if they have been continuously working," docent of sociology Anu-Hanna Anttila reminds.

Holiday rights of loggers were pondered as early as the 1930s in Finland. Currently, people who are left outside certain rights include entrepreneurs working alone, freelancers, researchers working on grants and artists whose salaries derive in bits and pieces. Commissions do not result in holiday.

Also, short and temporary working relationships are tricky. Earned vacations should be kept during the employment relationship, but this may not always be possible due to a heavy workload. In these cases holidays are received in pay. In practice, the shortest working relationships that last less than 15 days or 35 hours do not produce vacation days at all. Instead they are paid as wages.

Even so, money does not replace holidays.