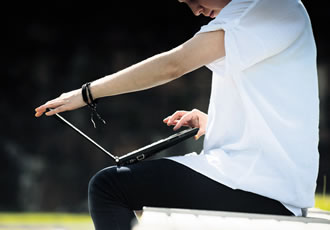 Innovations and challenges brought about by technology.

TECHNOLOGY has brought about numerous changes in the way people seek and share information, communicate and work. However, some experts have warned about the negative effects of technology on the quality of both professional and private life.

The creation of Web 2.0 has had a huge impact on the way people stay connected, find information and live. It seems as if technology has been nothing but a good thing, especially in professional life. New tools, decreasing prices and the ability to perform several tasks at the same time are just a few of the improvements that technology has brought about.

It has become easy to look for information online, write an email, connect with a friend across the world and read a company memo simultaneously. The habit known as “multitasking” has allowed people to get much more done.

However, according to some experts, multitasking is not such a good thing, as it decreases workers’ efficiency. In an interview with The Huffington Post, author Tony Schwartz explained how the digital overload generated by multitasking “makes for a superficial experience.” In other words, the amount of work done and information processed can indeed be greater, but at the expense of quality.

Social media is another innovation that has been the target of criticism in professional life. Even though they represent new ways to communicate and share information, creating new jobs and reshaping the structure of some organisations, they have been a nightmare for many employers.

Employees visit Facebook, Twitter and similar platforms while at work. This has resulted in a lack of concentration and decrease of efficiency and productivity in several offices across the world.

In order to tackle the problem, several companies have banned these services, sometimes even by blocking access to the sites from corporate computers. It appeared the problem had been solved, until the smartphone came.