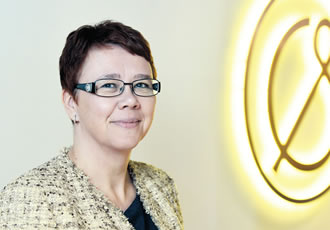 Researcher: Tempting men into taking up careers in traditionally female occupations has proved a forlorn hope.

AT THE beginning of the 1990s, when Pauliina Tenhunen started working as a lawyer in Castrén & Snellman, she was the only female lawyer at the oldest law firm in Finland. Now nearly half of the firm’s more than hundred lawyers are women.

“The change has taken place step by step, with the number of women increasing over time,” says Tenhunen, who has risen to the position of managing partner during her twenty years with the firm.

The growing female presence in the law field reflects the changes that have taken place in highly educated professions at large in Finland over the past two decades. The records of Akava, the Confederation of Unions for Professional and Managerial Staff, attest to this, with women comprising 52 per cent of their membership.

While women have edged their way into male-dominated professions requiring a high level of education, it has proved impossible to get men to enter education and health fields in large enough numbers. Besides female lawyers, the number of women training as engineers has more than doubled since the early 1990s.

On the other hand, twenty years ago, one in three teachers was male; now the corresponding figure is one in four, with education being one of the fields that are quickly becoming more female-dominated. Tenhunen believes that maintaining a balance between sexes in every field is beneficial.

“It also improves the workplace atmosphere,” the managing partner comments.

Tarja Arkio, senior adviser at Akava, explains that a lot of work has been done over the years to lure women into areas once thought to be the exclusive domain of men, and while this has been to some extent successful it has turned out to be extremely difficult to get men to enter female-dominated occupations. The main reason for this is that men are used to earning high wages and those are hard to come by in what have traditionally been thought of as a woman’s jobs.

The “competitive fields” are not without pay inequality either. With more than half of their members being women, for a number of years the Finnish Association of Business School Graduates (SEFE), has been active in drawing attention to pay issues. Female economists earn on average 10 per cent less than their male colleagues. Arkio states that the principles of equality are planted early on.

“We have to think about these matters already at schools. Now, many practices in schools are based on gender roles and the work the teaching staff are doing to abolish these roles is not easy,” says Arkio.

These traditional practices manifest themselves, for example, in boys playing football while girls dance.

Gender roles behind their times

According to Hanna Ylöstalo, researcher at the Work Research Centre, the Finnish views on what men and women are like and what are suitable occupations for each are still rigid. She states that, for example, leadership skills are still often connected with qualities that are thought to be more typically male than female.

“One factor explaining the gender division on the job market is the long tradition of the Nordic welfare state. In Finland, care work has become paid work for women unlike in many other countries,” Ylöstalo explains.

“Amidst all the turmoil and changes in work life, gender roles have come to stand for permanence. Even though women are more educated than men these days, the work life inequalities have not disappeared,” the researcher states, referring to pay differences.

A woman’s euro has now been 80 cents for years.