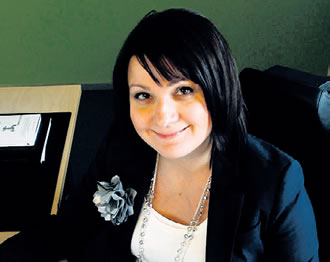 Statistics compiled by the Research Institute of the Finnish Economy, Etla, show that around a quarter of the workforce move in or out of a company every year. The figure includes both people retiring and those just entering working life.

The Ministry of Employment and the Economy studied career changes between 2003 and 2006 and found that around a third of the employees go straight from one job to another, while for almost 40 per cent of people the change involved a period of unemployment. Around 25 per cent of people took a break from working life for some other reason.

During the three-year period, roughly 40 per cent of the respondents had changed jobs at least once, while among under 25s, the figure was 90 per cent.

Even though changing jobs is most common among people just embarking on their careers, for the accountant Niina Hänninen (39), the period of searching only began at the age of 30.

After gaining a vocational qualification in business administration, she found a job that she stayed at for nine years. She topped up her qualification to a bachelor's degree while working and took up an overseas secondment.

After this, she tried out studies in the field of social work but decided to continue as an accountant. She accepted a short-term post in accounting, after which she worked for three years for a different company, but part of the same group.

"It's true that once you have mustered up the courage to change jobs for the first time it's easier the next time."

Next, spurred by desire to make a difference, Hänninen took a job at a charitable organisation, before the English language and international atmosphere offered by a company in bag business tempted her to change jobs again. Now she has worked for a couple of years as an accountant for a record company, which allows her to be involved in the music industry, a passion of hers. 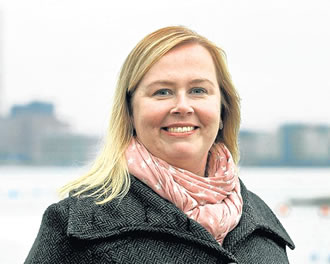 After switching jobs so many times, Hänninen was starting to feel embarrassed about telling her friends that she had moved on to a new place yet again.

"Even in a job interview, the interviewer wanted to know why I have changed jobs so many times. But going through it, I realised there had been a good reason for each change. Now I feel at ease: I've found the right place."

Marika Kivilehto (36) has also transferred to a new job every couple of years, with the desire to learn something new as the driving force behind the changes.

Last December, Kivilehto took up a post as the HR development manager for the engineering business RD Velho. By chance, she came across the job only six months after announcing her wish list to her husband while bathing in a sauna.

"I remarked to my husband that if I changed jobs it would be to work for a Finnish company which was striving to expand and where I could be involved in developing HR right from the beginning."

When Kivilehto talks about her career, a clear pattern emerges: she has accepted all the jobs with great enthusiasm, given her next step some serious consideration and worked hard to achieve her goals.

After graduating from upper secondary school, she trained for her dream job as a hairdresser, but ended up running an online beauty product shop.

From there, she moved to another online retail job in the same field, working as an assistant buyer for the cosmetics department at SOK, while completing a bachelor's degree in business administration and specialising in HR.

"I thought I should gain experience in all aspects of business in case I became a manager one day."

Kivilehto has also made some bold decisions, such as changing a permanent post to a short-term contract. "I've never paid any attention to the length of the contract but to what the job involved and what it could teach me."

She has also proposed changes to her job description. While working as a consultant at the Manpower recruitment company she said to her boss that more consultants needed to be hired to implement the company's new operating model and offered to lead the team. The boss took Kivilehto up on her offer.

In her last job as a HR Partner at Danske Bank, she ended up coaching managers for cooperation negotiations. She learnt a lot from the job, but the three more negotiations that followed the first ones in a quick succession, sparked an idea that culminated in the announcement she made to her husband while in sauna.

At some point, Kivilehto felt some bangs of worry that the rapid job changes might not do anything to improve her CV, but came to a conclusion that her range of experience was an asset.

"My career path could have followed a dozen other routes. I've had some bold ideas, been active in realising them and then one thing has just led to another."