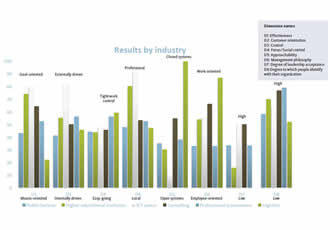 A particular challenge throughout all organisations which have participated in this research remains the degree to which leadership styles are accepted. Compared to other countries, this seems to be a particular issue in most of the Nordic cultures.

From a global perspective, typical Finnish managers are promoted based on (technical) seniority, and the usual (Nordic) expectation of a manager is that a manager should be a colleague who is supportive and consultative. The reality is that most employees coming from cultures such as Spain, Russia, etc. expect a father/mother figure who has authority, who does not act like a colleague, but provides clear instructions and checks the work done (people respect what you inspect), and does this with respect.

1. You lose an expert

2. You gain a poor manager/leader

The second part is especially relevant in today´s globalising world. More people from abroad come to Finland and more Finnish companies go international: the role of the expert leader is becoming less relevant and the role of the "father/mother" figure (Latin cultures, Russia) / people manager (US, UK) becomes more important.

Organisational cultures that are not focusing on what needs to get done and are not open enough (and the precise level needed depends on the type of organisation) and on top of that have poor acceptance of leadership will not be able to compete globally and will not be able to profit from the value that diversity can bring.

Itim International was founded in 1985 by Geert Hofstede, a pioneer in the field of culture and management and the founder of comparative intercultural research who is listed in the Wall Street Journal as one of the Top 20 most influential management thinkers in the world, and Bob Waisfisz, a highly experienced and successful management trainer and consultant.

Since itim's inception, more than 5000 organisations have been assisted in, first of all, becoming aware of national cultural differences and measuring to which extent their organisational (sub)cultures support their strategy. Secondly, we have enabled companies to change their organisational cultures to better accommodate people from different cultures, to use cultural differences as an advantage and, therefore, to become more successful globally. With this knowledge we have learned that for organisations to really excel globally they need to build internal space for people to become aware and accept differences. To learn to ask the question "you think differently, how can we use that?" instead of being afraid of the differences.

Focusing on how you do your work (means-oriented) vs. focusing on what is being done (goal-oriented): If you can agree on what you are doing, instead of how it gets done, you already have established something that you share (the goal).

Having an open environment, where it is easy to talk to people (e.g.) give feedback to your boss and you don't need to be afraid to make mistakes vs. a closed environment where people prefer to stay silent when in trouble, where there is a lot of gossiping, but also a high need for secrecy.

With this knowledge we can say that based on this research, the Finnish ICT sector is doing a good job, as are the higher education institutions. The organisational cultures of the public service organisations and the logistic companies, which in Finland include the hospitals and postal services respectively, which are currently recruiting a lot of foreign staff, do not have organisational cultures which very easily support the integration of those who think differently.

Link to the results