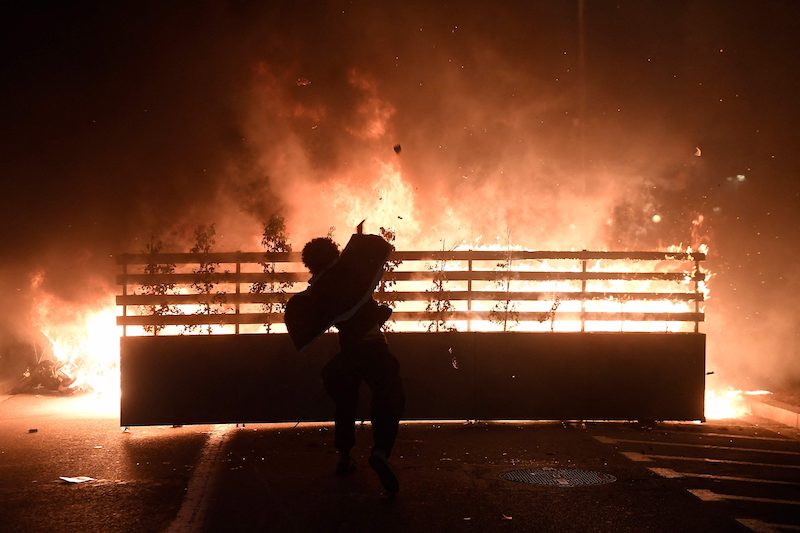 A protester throws a stone into flames during clashes with Catalan regional forces Mossos d'Esquadra after a demonstration against the arrest of Spanish rapper Pablo Hasel in Barcelona on February 16, 2021. LEHTIKUVA / AFP

Hindu devotees take a holy bath on the banks of the river Ganges, in the auspicious day of Basant Panchami, during the annual traditional fair Magh Mela Festival in Allahabad on February 16, 2021. LEHTIKUVA / AFP

A Sikh devotee takes a holy dip in the Sarovar (water tank) during Basant Panchami celebrations at the Sikh Shrine Gurudwara Chheharta Sahib on the outskirts of Amritsar on February 16, 2021. LEHTIKUVA / AFP 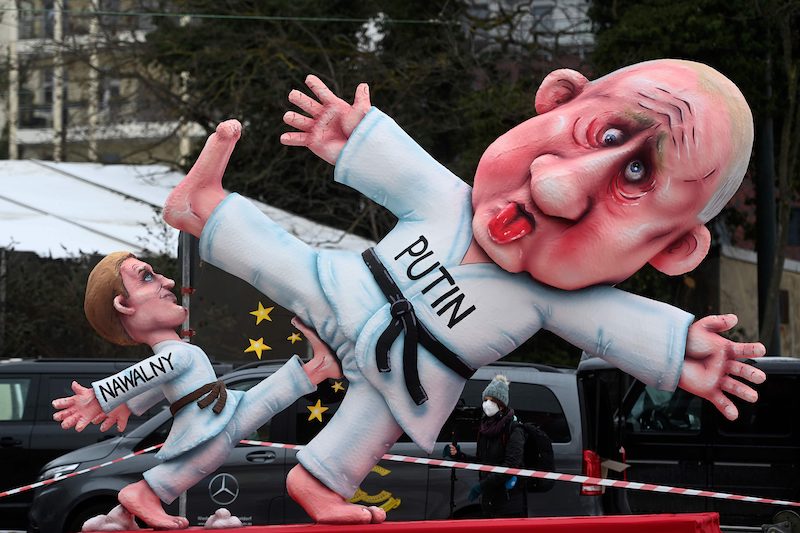 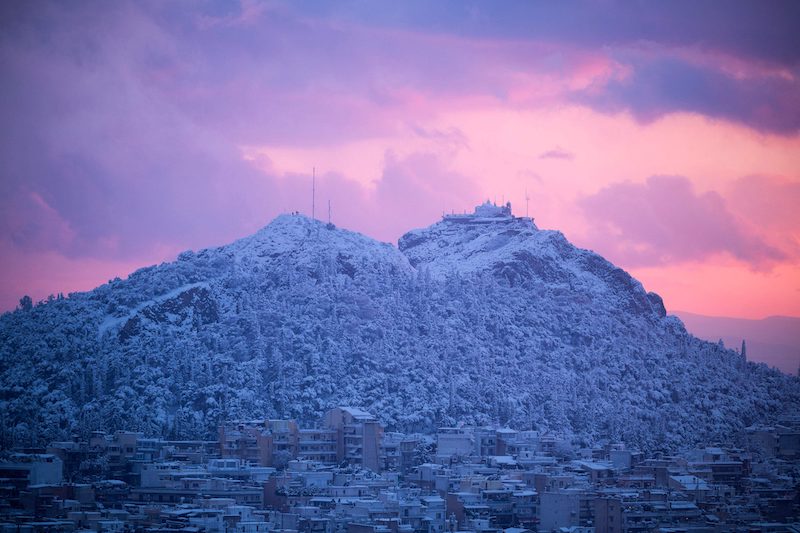 This picture shows the hill of Lycabettus during a rare heavy snowfall in the city of Athens on February 16, 2021. - Greece's weather agency said the "low temperatures, ice and snowfall" would continue on February 16, with the civil protection agency recommending that people avoid travel. LEHTIKUVA / AFP 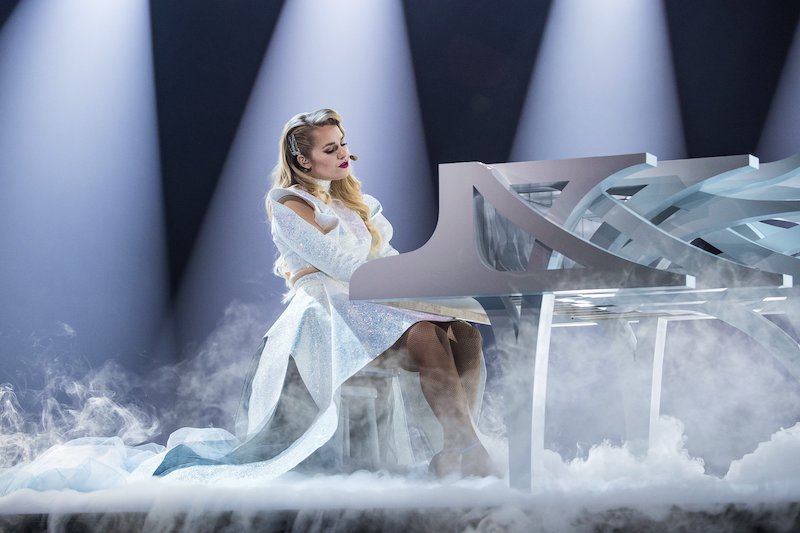 Ilta performing at the New Music Contest 2021 rehersal with the song Who do I call. 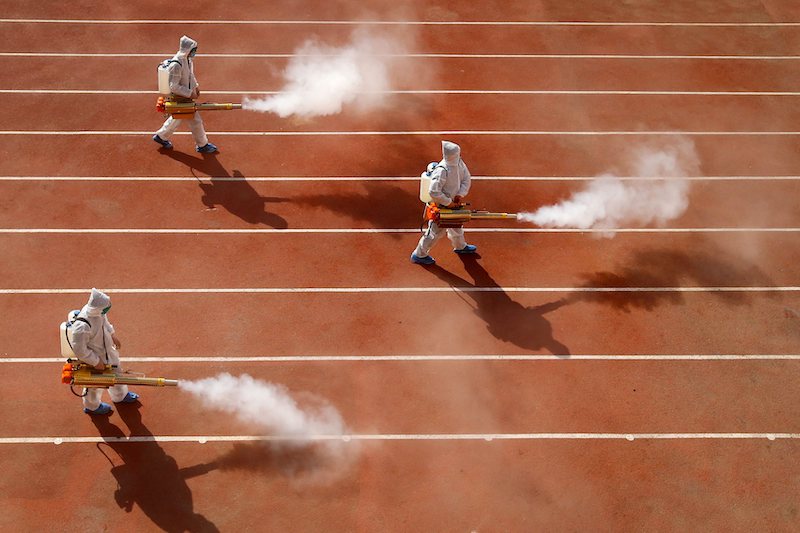 Workers spray disinfectant in the playground of a primary school in Huaibei, in eastern China's Anhui province on February 19, 2021, as the school prepares for the start of a new term. (Photo by STR / AFP) / - LEHTIKUVA / AFP 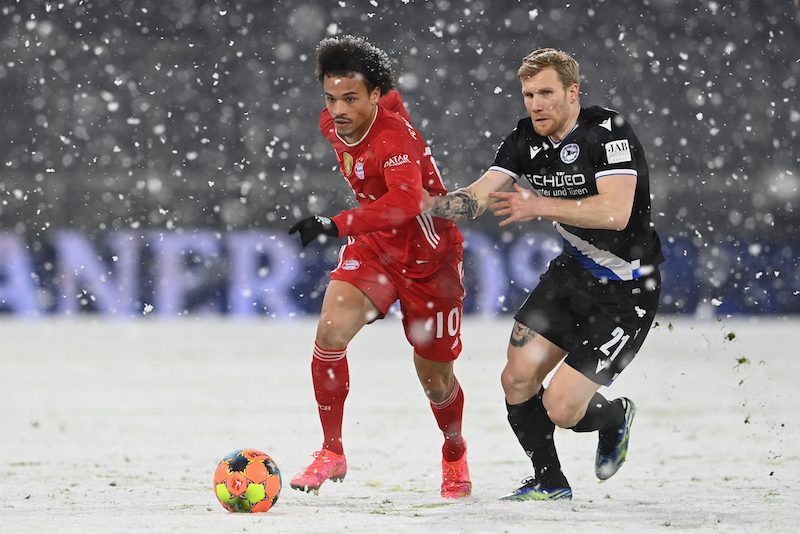 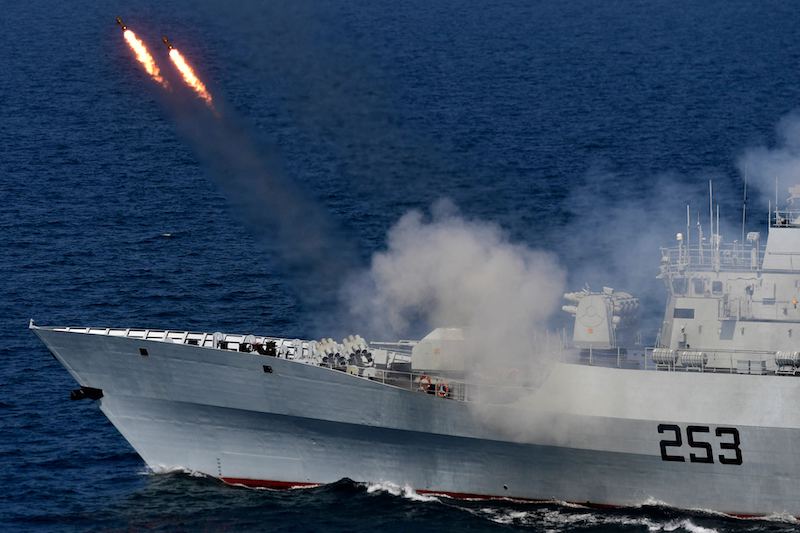 In this picture taken on February 15, 2021 Pakistan Navy ship Saif fires rounds during the multinational naval exercise 'AMAN-21' in the Arabian Sea near Pakistan's port city of Karachi as some 45 countries participating with ships and observers. LEHTIKUVA / AFP 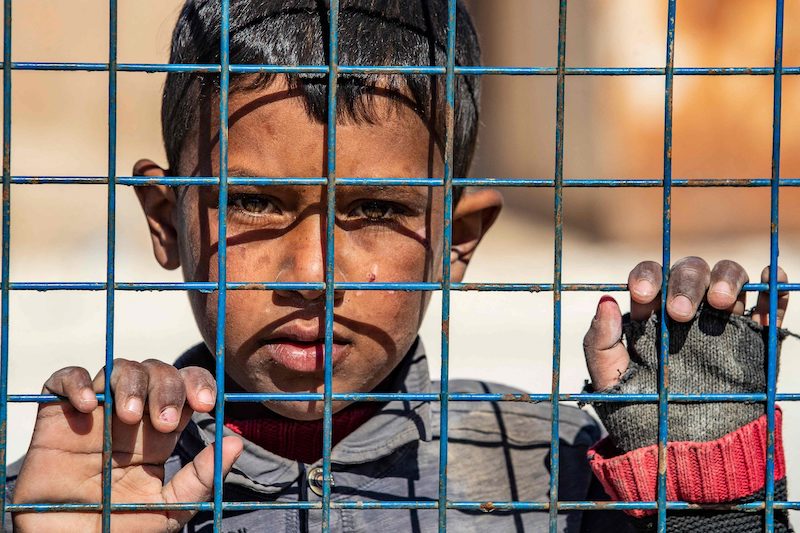 A boy awaits departure during the release of another group of Syrian families from the Kurdish-run al-Hol camp which holds suspected relatives of Islamic State (IS) group fighters, in Hasakeh governorate of northeastern Syria, on February 20, 2021. LEHTIKUVA / AFP 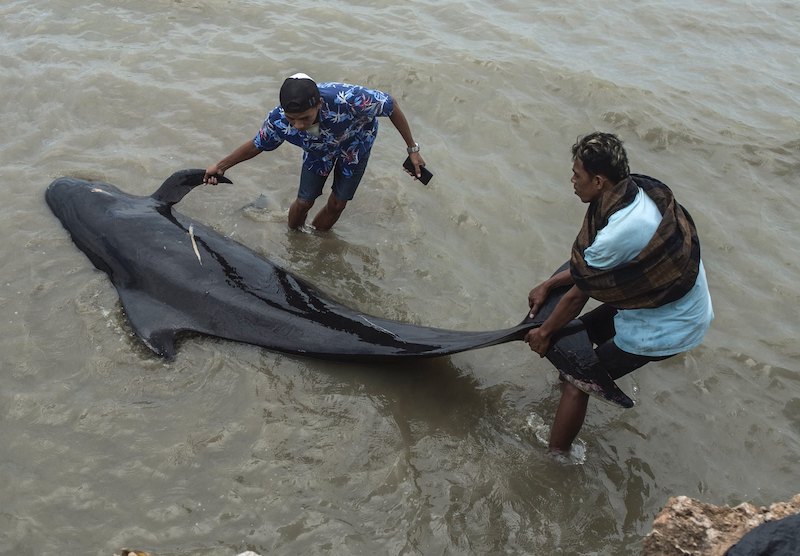 People try to save a short-finned pilot whale beached in Bangkalan, Madura island on February 19, 2021, as some 49 pilot whales have died after a mass stranding on the coast of Indonesia's main island of Java that sparked a major rescue operation. LEHTIKUVA / AFP 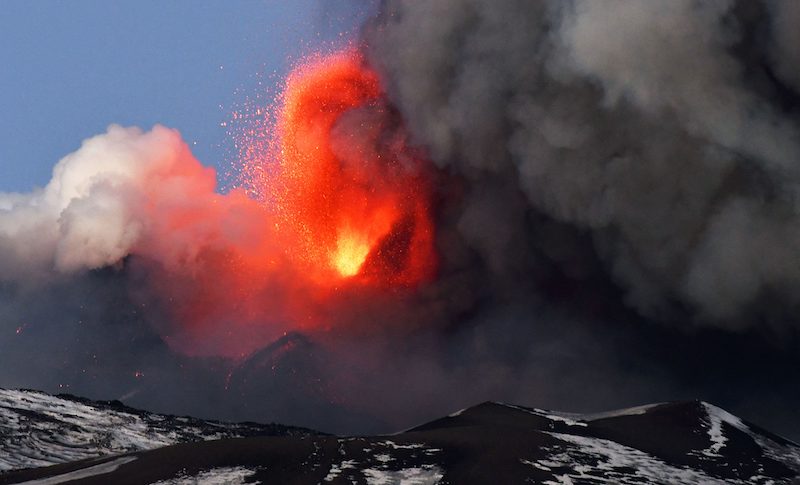 This photo obtained from Italian news agency ANSA shows the Etna volcano in Catania, Sicily, on February 16, 2021 during a spectacular eruption and a strong explosive activity from the south-east crater and the emission of a high cloud of lava ash that disperses towards the south. LEHTIKUVA / AFP
Previous Next

Here are some of the most eye-catching pictures of the week, from all around the world.