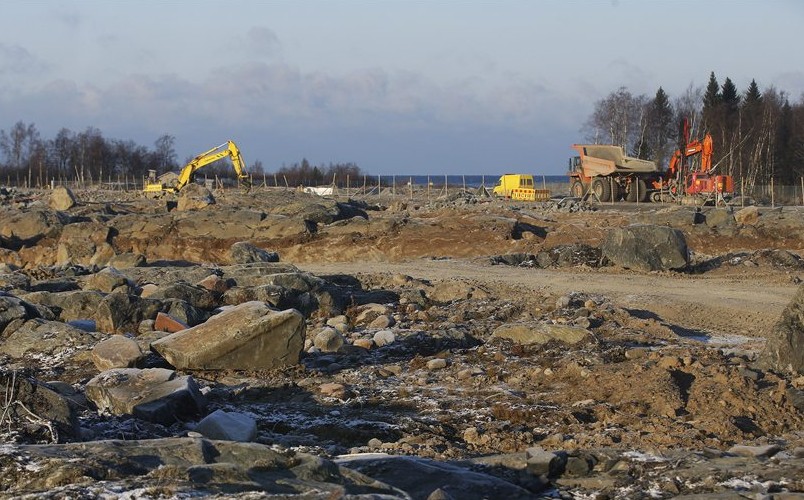 The current site of the Hanhikivi power plant, due to begin operations in 2028

THE CONSTRUCTION OF A RUSSIAN-FINNISH NUCLEAR POWER PLANT in Pyhäjoki has suffered yet another delay, as It was announced last night that the project would be delayed by a further four years.

The Hanhikivi 1 plant, a project jointly-owned by a consortium of Finnish energy operators and the Russian state energy giant Rosatom, was first approved for construction by the Finnish parliament back in 2010.

However, due to a number of mounting issues the completion date was quietly pushed back, with commercial operations now slated to begin in 2028, a full four years behind the original schedule.

Rosatom reportedly attributed the delay to concerns from Finland’s safety regulators, who have been hesitant to green light the project due to potential safety threats. The Finnish nuclear regulator, STUK, is known to have some of the most demanding safety requirements in the world, which often take a toll on construction times.

Hanhikivi joins the ranks of other seriously delayed nuclear projects, such as the unfinished Olkiluoto 3 plant in the Gulf of Bothnia, which has been delayed for over a decade.

Hanhikivi is likely to be billions of euros over budget when it is finally completed, which will no doubt fuel calls to scrap nuclear energy from people across the political spectrum.