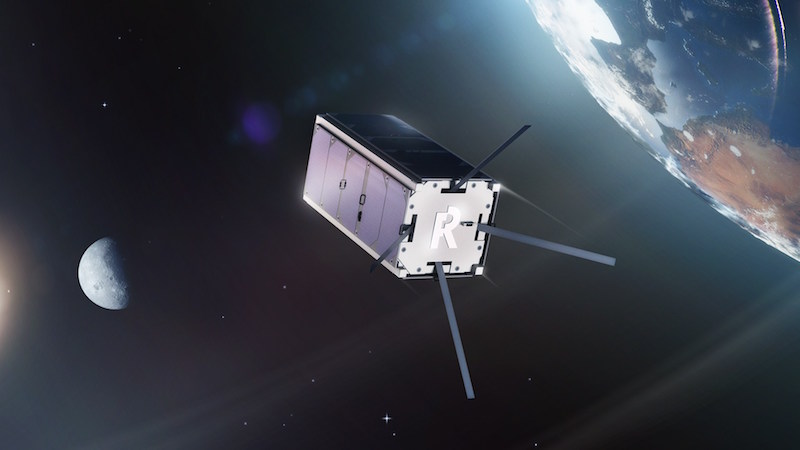 Planning to launch Finland’s first fully commercial satellite in July 2017, Reaktor Space Lab has even bigger goals in mind for the future

Finnish space startup Reaktor is aiming high, with plans to launch the first ever network of satellites around the moon. Moving back to Earth, another startup is hoping to take advantage of Uber’s struggles in the Finnish market. Other international news focused on quantum physics for children, a Finland-shaped ice dress and the Nordic craze of hobbyhorsing.

“The space startup ecosystem is blossoming, led by the wild success of Elon Musk’s SpaceX. The US is leading the charge, but startups from Israel, Singapore, the United Kingdom, and Finland are also putting the right foot forward to get “astropreneurship” off the ground.

Despite their small size by comparison to the competition, Finland has made some stunning contributions to the industry in the last year, and one software company has entered the industry with several major goals in mind. Among them? Launching humanity’s first network of satellites around the Moon.”

“Uber has seen its Nordic growth ambitions stall recently, due to regulation. Earlier this week, the company announced it's ending operations in Denmark after new taxi laws were passed.

In Finland, Uber's future doesn't look much better. In order to operate, its drivers need a taxi permit. As recent police crackdowns have proven, Uber prefers drivers who lack them.

One player trying to capitalize on the legislation changes is the brand new Kyyti ride-sharing service that just launched in the city of Oulu and is offering trips starting from 2€. Kyyti is planning to expand to Tampere and Turku during the spring with the Helsinki launch expected later this year.”

Hobbyhorse riders straddle a stuffed toy horse on a wooden stick - complete with glued-on eyes and mane – and compete in front of judges.

The sport, which includes dressage and showjumping, has attracted more than 10,000 athletes and followers in Finland alone. Next month the nation’s finest riders will compete in the annual Hobbyhorse Championships near Helsinki.”

“Imagine your five-year-old being able to tell you about quarks, protons and the periodic table. Not a big deal, until you realise those are fundamental components of particle physics.

But instead of having to learn it by rote in class when they are older, young children can be exposed to these basics through a mobile game created by Finnish learning game studio Lightneer.

“The idea came about because photographer Suvi Sievilä wanted to create a special project as her personal centenary tribute to her home country.

The project took many months of planning and preparation to complete, including five months of saving up enough empty milk cartons in which to freeze the ice blocks.

Crafting the ice dress took Suvi five days: “We live with snow and ice most of the year in Finland, and as it is possible to make a dress out of ice in your backyard, why not give it a try?""